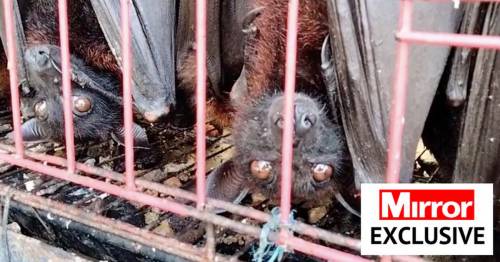 Secret footage has revealed wet markets bursting with live animals are still rampant across Asia despite the World Health Organisation’s call for them to be banned.

Animals at the markets are still being sold in live animal markets in China, Indonesia, Vietnam, Thailand, Philippines, Laos, and Sri Lanka.

The footage has emerged after the Mirror highlighted the vile conditions at markets in Sulawesi, Indonesia, where live wild animals are bought and sold to be slaughtered and eaten.

Investigators at a wet market on the island discovered bats and rats still being sold, alongside pigs, dogs, snakes, frogs, chickens and ducks. 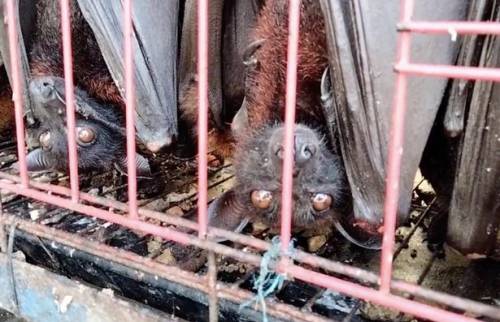 Bats shoved in cages so small that they can’t move at a wet market in Indonesia
(Image: PETA/Triangle News)

Now, new footage from the Asian leg of People for the Ethical Treatment of Animals (PETA) shows horrific scenes in which helpless creatures are strung up and sold for their meat.

In Indonesia, tiny little monkeys are crammed into even smaller cages with barely enough space to slip their small hands through the bars.

In the same market, scores of bats hang from the bars of a miniscule cage smaller than one of the animal’s wingspans alone. 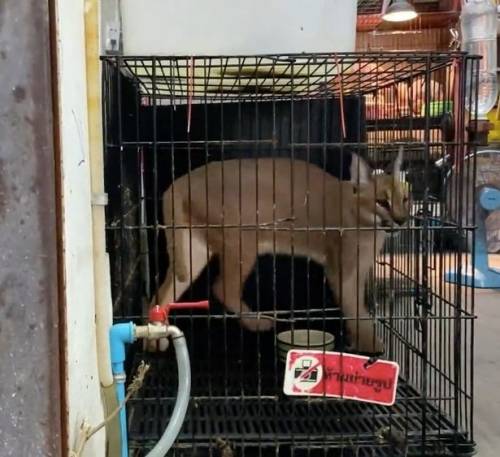 A wild cat is trapped in a tiny cage at a wet market in Thailand
(Image: PETA/Triangle News)

In Thailand a stressed cat can be seen turning in circles inside her tiny cage that is just big enough for her to stand up in.

In the same Thai market a badly deformed duck is seen shoved into a cage, looking miserable.

One of its big orange legs is twisted painfully across its back, the bright skin in stark contrast to its grubby white feathers streaked with a mysterious brown sludge. 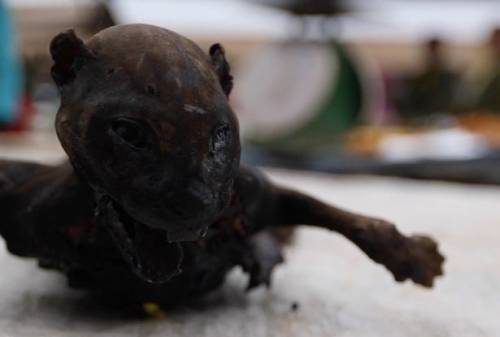 A mystery animal, possibly a bat, is cooked in Laos
(Image: PETA/Triangle News)

And footage from Laos shows raw meat being handled without gloves at stalls yards away from filthy and bedraggled animals.

A wet market in Wuhan, China, where the Covid-19 outbreak began has long been blamed as a leading potential original source of the pandemic.

Species sold at wet markets include bats, which are known to host coronaviruses, as well as suspected carriers of the viruses – pangolins and palm civets. 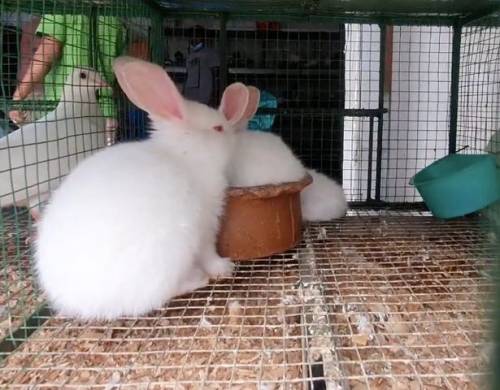 Back in April the World Health Organisation (WHO) called for a ban on live animal markets like the ones in the clandestine footage.

The guidance explained: “Significant problems can arise when these markets allow the sale and slaughter of live animals, especially wild animals, which cannot be properly assessed for potential risks – in areas open to the public. 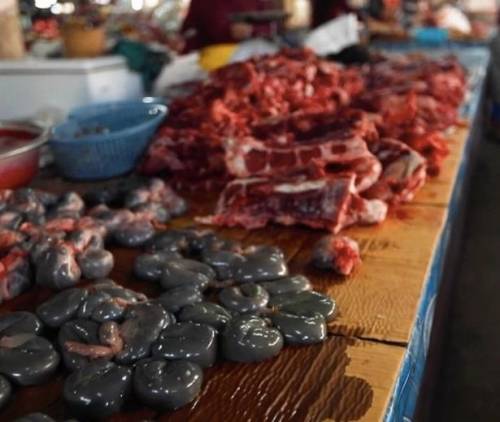 Exotic animal meat for sale at a market in Laos
(Image: PETA/Triangle News)

“When wild animals are kept in cages or pens, slaughtered and dressed in open market areas, these areas become contaminated with body fluids, faeces and other waste, increasing the risk of transmission of pathogens to workers and customers and potentially resulting in spillover of pathogens to other animals in the market.

Sign up for our daily newsletter to keep up to date with all the essential information at www.mirror.co.uk/email

“Such environments provide the opportunity for animal viruses, including coronaviruses, to amplify themselves and transmit to new hosts, including humans.”

A spokesperson for PETA said: “These markets are breeding grounds for new zoonotic diseases including a deadly Covid-21, and given Covid-19 rates are sky-rocketing in the UK at the moment perhaps it could be a timely reminder as to how we got into this mess in the first place.

“Although the Huanan Seafood Wholesale Market in Wuhan, China, where the coronavirus is thought to have first infected humans, has closed and that country has banned the consumption and farming of ‘wild’ animals (hopefully not only temporarily), it's important to note that diseases don't just affect animals humans have labelled as ‘wild’.

“Many wet markets continue to operate throughout Asia, Africa, Australia, Europe, and the US.

“No matter which species they're peddling, live-animal meat markets will continue to put the human population at risk, as well as sentencing countless animals to a miserable death.”

Previous : French army says it has killed two ‘terrorists’ in Mali
Next : Young mum drowns in lake after ‘trying to save her child struggling in water’ – World News