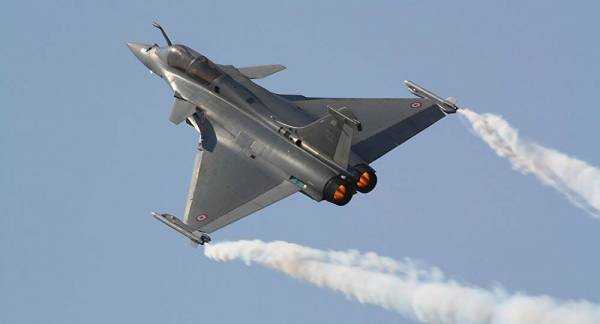 New Delhi (Sputnik): Despite intense fighting along its western border, India’s modernisation programme will take a major hit this year due to delivery delays and a lack of funds. Defence sources confirmed that most of the contracted weapon systems won’t arrive on schedule as production is halted due to lockdowns in several countries.

India’s receipt of French Rafale fighter jets, which was expected by July this year, will be further postponed, defence sources told Sputnik. India had signed an $8.7 billion deal with France to purchase 36 Rafale fighter jets in flyway condition in 2016 after years of negotiation.

But with the ongoing health emergency, restrictions on air travel and social distancing have impacted the training schedule of Indian Air Force pilots, which will take almost two months to complete after the restrictions are lifted.

France’s government announced on Saturday that it wants to extend the current health emergency, and social distancing norms will be in place for long to curb the spread of COVID-19 in the country.

Apart from the first batch of four Rafale fighter jets, the delivery of another consignment of the 14 promised fighter jets is unlikely to be carried out by the scheduled date, February 2021.

Besides fighter jets, Indian Armed Forces will also miss the delivery of much-needed Apache, Chinook 47 F (I), and M-777 howitzers, which it will put in place to guard the Chinese border.

This year at least five Apache helicopters were scheduled to enter service, and be stationed along the Western border, where the prevailing tensions are.

Delivery of the M-777 ultra-light howitzer is also delayed due to the lockdown and it is not certain when the remaining batch will be supplied, according to local sources. India ordered 145 howitzers from the US for $750 million in November 2016.

Production of 50 K-9 South Korean 155mm self-propelled howitzers based on a tracked-armored chassis, will also be postponed because of the ongoing pandemic.

Meanwhile, India and Pakistan have been engaged in heavy artillery fire in Kashmir despite a call for a ceasefire affecting all the disputed territories from the World Health Organisation to make joint efforts to fight the COVID-19 pandemic.

The Indian Army has accused Pakistan of targeting civilians with heavy artillery in Kashmir; Islamabad denied the allegations, and in its turn accused New Delhi of violating ceasefire at over 300 times in April alone.

Amit Cowshish, former finance advisor to Indian defence ministry, told Sputnik that the deferment of the supplies is a temporary hiatus in the ongoing long drawn process of augmenting the defence capabilities.

Meanwhile, the deferment of delivery of the equipment will provide relief to the Indian government as defence budget may receive 20-30 percent less allocation than budgeted amount ($62.4 billion) this year due to COVID-19 pandemic. Government spending will see “major re-jig” this year as more funds likely to be allocated to health and agriculture, said the defence official.

“The deferment of supplies will save money, to the extent payments were due this year, provided that money was available in the budget,” Cowshish concluded.

Previous : 70% Corona Tax Fails to Dampen Delhi Tipplers’ Spirits, Making Beelines for Shops on Day 2 – Videos
Next : Tiny Montana school to be among first in US to reopen