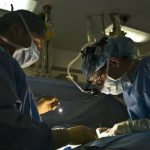 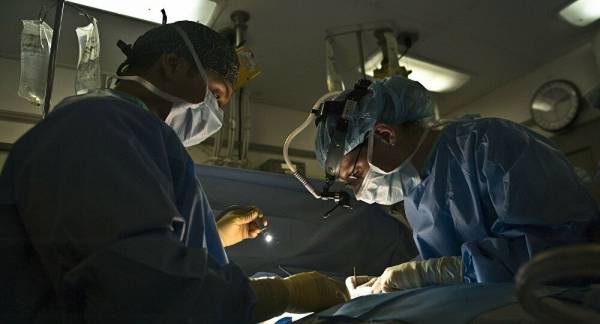 Doctors at Delhi’s Sir Ganga Ram Hospital have pulled off a surgery involving a woman with a jaw condition that kept her from speaking clearly for 30 years. The woman had been turned away by leading hospitals in the United Kingdom and Dubai before she approached the Indian medical organisation.

A 30-year-old Indian woman, who had been unable to open her mouth since birth due to a “rare congenital fusion” of her jaw joint with her skull, has been successfully treated at Delhi’s Sir Ganga Ram Hospital.

“The mouth opening was so small that she was not even able to touch her tongue with her hand. In last 30 years, she was unable to eat solid food and had difficulty speaking. She had lost almost all her teeth due to dental infection,” said the hospital on Monday in a statement.

“To make the situation even more complicated, the patient had a neuro-vascular malformation (tumour) over the right half of her face, orbit and forehead. Also there was no vision in the right eye,” it said.

According to the doctors at the hospital, the condition of 30-year-old Astha Mongia was “so complicated” that she had been turned away by leading hospitals in the United Kingdom and Dubai, which said that there was no “surgical solution” to the woman’s problem.

The team of doctors who led the operation comprised specialists from hospital’s plastic surgery department, vascular and endo-vascular surgery unit and the anaesthesia team.

“They decided to go ahead with the high risk surgery after extensive discussions and planning with radiology and vascular experts,” said the hospital.

“For such patients to open the mouth, both the condyles (ball like head of jaw joint) have to be removed. Many a time a tongue like bony extension in front of ball joint known as coronoid process also has to be either removed surgically or at least fractured. But in her case this was easier said than done because there was bunch of vessels surrounding the coronoid process on the right side,” Dr. Rajeev Ahuja, a Senior Plastic Surgeon, told Sputnik.

The risky procedure involved the patient being injected with a sclerosant to shrink the blood filled vessels, followed by “slowly pushing aside bulky neurovascular formations”, said doctors, warning that any “misadventure” at the stage could have led to death.

Doctors said that from a mouth opening of a mere 2.5 cm when she came to the hospital, the surgery had led to her mouth opening being increased to 3 cm.

A “normal person” has a mouth opening between 4 and 6 cm, said the doctors.

“It is a miracle that I am able to open my mouth as well as eat without any difficulty. I am very happy,” said Astha at the time of her discharge. She joyously disclosed that this was the first time she had spoken “clearly” in 30 years.

Previous : At Least 45 People Trampled to Death During Tribute to Late Tanzanian President, Reports Say
Next : ‘Not My India’: Outrage as Rape Victim Tied, Forced to Walk With Her Alleged Attacker