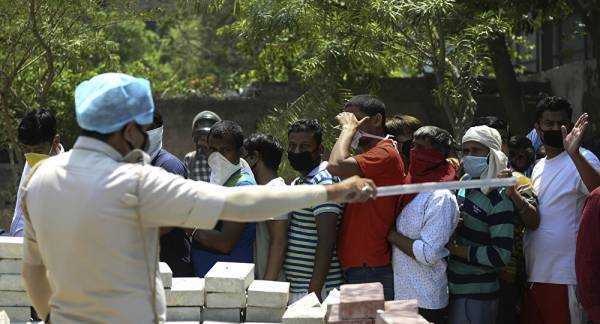 New Delhi (Sputnik): Long lines have been seen outside liquor stores in several parts of India since Monday when the stores reopened after a 40-day hiatus.

A liquor shop in the suburbs of Bengaluru sold various brands of liquor and beer to a customer, worth $698 (INR 52,841) on a single receipt, which has since gone viral on social media.

On Tuesday, the Karnataka Excise Department charged the shop owner for violating the Excise Act, which controls the sale of liquor in India.

The shop owner told the Excise officials that the buyer paid for the liquor bought by him and seven colleagues through the same bill, a claim the officials are investigating.

Liquor stores have been closed since 25 March, after Prime Minister Narendra Modi announced a complete lockdown to contain the spread of COVID-19. The viral infection, however has spiralled since it first appeared in the country on 30 January to reach a caseload of 46,711, which includes 13,161 recoveries and 1,583 deaths, as of Tuesday, according to the federal Health Ministry.