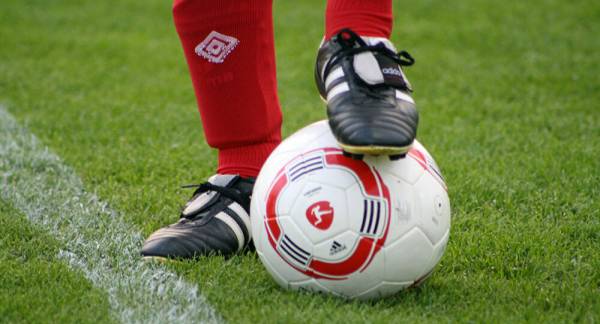 New Delhi (Sputnik): Considered as of the best footballers in the history of the game, Argentina’s Lionel Messi plays for Spanish giants Barcelona. He has won 6 Ballons d’Or, a world record.

A video of a young Indian boy acing a perfect free kick in the style of legendary footballer Lionel Messi has gone viral.

In the video, the young boy is seen wearing Messi’s Argentina jersey in a field and placing the football down to take the free-kick. The boy takes a few steps and aims at the top corner of the goal post where he has placed a ring like structure. The boy places his hand on the hips, just the way Messi stands and settles his hair. He then curves in the top left corner of the post and celebrates like Messi by sitting on the floor and pointing his fingers at the sky and thanking god.

The viral video has attracted praise for the youngster and several have called it pure talent.

Some have urged the Indian sports authorities to train the kid who comes from the Malappuram District of Kerala.

Known for his curvy top corner free-kicks, Lionel Messi has scored 52 goals out of the 697 all time career goals in 856 appearances form club and country from set pieces.

Messi has won 6 Ballon d’Or awards and a Guinness Book of World Records title for scoring the most official goals in a calendar year when he scored 91 goals in 2012.