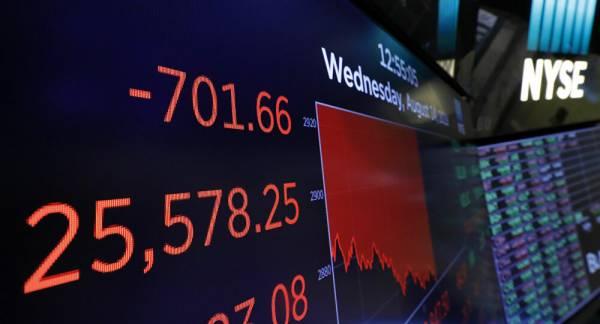 New Delhi (Sputnik): Covid-19 pandemic uncertainties have brought the Indian share markets down from the dizzying highs of February levels. India’s benchmark Sensex has come down from over 41,000 -level to the current level of 32,000.

The Indian bourses crashed as trading opened on Monday owing to fresh fears about a trade war between the US and China.

The 30-share Bombay Stock Exchange’s Sensex fell almost 1,600 points on Monday in early trading, coming down to the levels of 32,000. Similarly, the broader 50-share Nifty of the National Stock Exchange tumbled 500 points to trade at 9,381 levels.

The banking stocks took a beating with the Nifty bank index collapsing at least seven percent in the early trade.

The Indian bourses collapsed owing to fears of a fresh trade war between the United States and China.

On Monday, the Indian currency also opened weak against the US Dollar in early trading,  The Indian rupee opened 63 points lower, at 75.73 per dollar on Monday compared with the previous close of 75.10 per dollar.

Previous : Russia’s Aerospace Force Planes Rehearse Ahead of Moscow’s Victory Day Parade – Video
Next : The Latest: Many Italians get back to work as lockdown eases