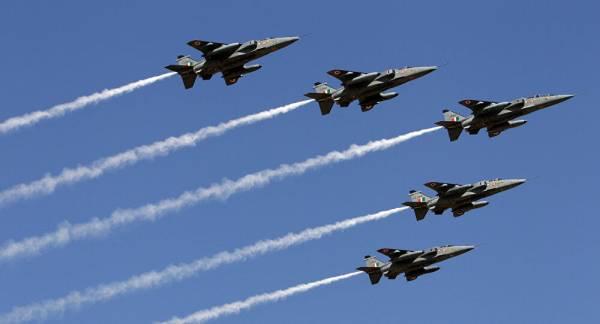 New Delhi (Sputnik): While expressing satisfaction with the work being carried out by medics and police to control the spread of COVID-19 in the country, the Indian government had extended the lockdown till 17 May. Meanwhile, the country has registered record 2,644 new cases and 83 deaths in last 24 hours.

The Indian armed forces have carried out countrywide aerial flypasts and showered flower petals on hospitals on Sunday to express their gratitude to thousands of medics and other front-line workers engaged in fighting the COVID-19 pandemic.

Fighter aircraft formations, comprising Sukhoi-30 MKI, MiG-29 and Jaguar, orbit over Delhi for around 30 minutes from 11 am.

The aircraft fly at an approximate height of 500 metres to 1,000 metres, mostly in order to avoid hitting birds.

Chief of Defence Staff Bipin Rawat and three service chiefs have also paid tribute at a police memorial in Delhi. In other cities, police chiefs and other officials also honoured the police personnel deployed to enforce the nationwide lockdown that began on 24 March.

​Later in the day, the Indian Navy will illuminate its naval ships from 19:30 to 23:59 local time in different locations with banners displaying “India Salutes Corona Warriors”.

The unprecedented event took place across the country after Chief of Defence Staff General Bipin Rawat announced on Friday that the three services will carry out a series of activities to thank the “corona warriors”.

The Indian health ministry said that total number of cases had climbed to 39,980 with biggest one-day jump of 2,644 since Saturday, 8:00 a.m. local time. The death toll also jumped, to 1,301 on Sunday. However, the Indian Council of Medical Research, the country’s top bio-medical research body, has announced that one million people had been tested throughout the country on the 94th day of testing for COVID-19.

This comes as the government has decided to restart the economic activities throughout the 80 percent of the country designated as being in the ‘green’ or ‘orange’ zone from 4 May.

The country has classified its 733 districts into hotspots, non-hotspots, and non-infected (green) zones, based on whether or not confirmed COVID-19 cases have been reported there. According to the health ministry, there are only 130 hotspots in the country. There are around 284 districts in the country which are parts of orange zones — seen as potential hotspots.

However, on this day of national gratitude, the Indian Army lost four personnel including two officers in a fierce gunbattle with terrorists in Handwara in north Kashmir; the raid also claimed the life of a local policeman. In an another incident, one Border Security Force soldier shot his senior officer and then shot himself in a BSF Unit on the Rajasthan-Pakistan border.