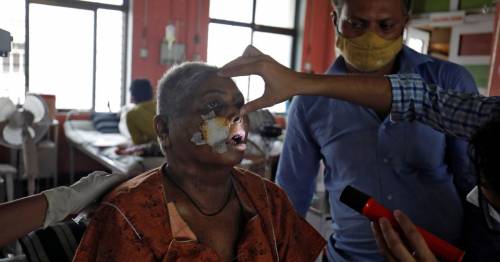 The deadly “black fungus” epidemic has claimed more than 4,300 lives in India.

The disease, which is called mucormycosis, mainly affects Covid patients.

India’s Health Minister Mansukh Mandaviya said there have been 45,374 cases of mucormycosis and nearly half of those are still receiving treatment.

Black fungus usually occurs 12-18 days after people recover from Covid and has a mortality rate of 50%.

The rare infection affects the nose, eyes and in some cases the brain.

Doctors have said how they have been forced to remove people's eyes and jaw bones to try and stop the infection from reaching their brains. 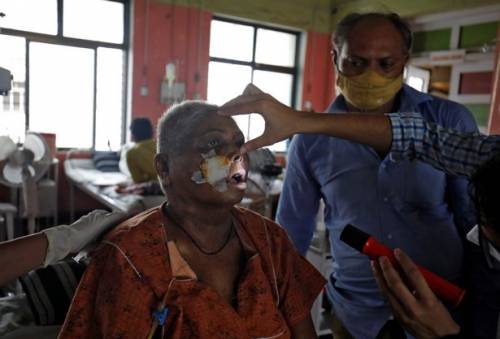 A doctor examines a man who is suffering from mucormycosis
(Image: REUTERS)

Medical experts believe there is a link with the steroids used to treat coronavirus and those contracting black fungus, with diabetics, particularly at risk.

While steroids can help in treating coronavirus they can also reduce immunity and push up blood sugar levels in diabetic and non-diabetic Covid patients.

It is this drop in immunity that could be behind the cases of mucormycosis in diabetics and those with compromised immune systems such as cancer patients or people with or people with HIV/Aids. 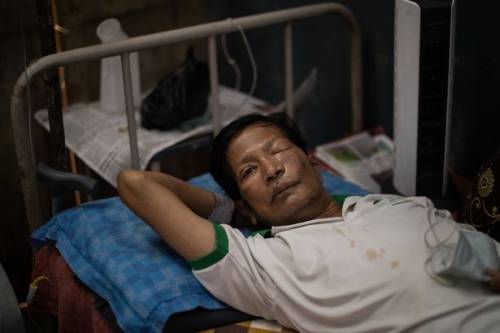 Some sufferers of the disease can lose their eyes
(Image: Getty Images)

Doctors say the only successful treatment against the disease is an anti-fungal injection.

Meanwhile, some believe the number of cases of the deadly infection is far higher than the reported figures.

One Bangalore-based eye surgeon Dr Raghuraj Hegde, who has treated a number of mucormycosis patients, told the BBC there had been "massive undercounting” of both cases and deaths from the disease. 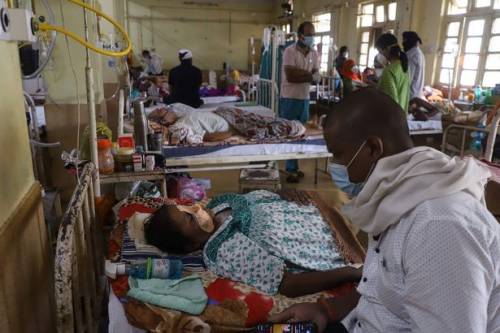 It is thought the number of cases of the infections is much higher than reported
(Image: AFP via Getty Images)

He said: “Typically, deaths in mucormycosis occur weeks to months after getting the disease. Our present systems are not good to capture that data.”

There are also undercounting because of the difficulty of diagnosing in smaller hospitals and rural areas.

Tragically many patients died from the disease before they were able to get to the hospital.

Some patients have been treated for the disease and discharged from hospital only to return with the disease having spread to the eye or brain.

Current figures suggest the two worst-affected states are Maharashtra India and Gujarat, where 1,785 people have died from the infection.