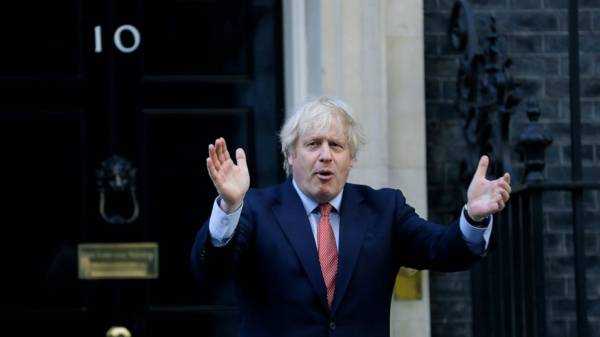 For years, political journalists have been briefed off-camera but on the record by the prime minister’s official spokespeople, who are civil servants rather than political appointees. The briefings usually take place twice a day, though during the U.K.’s coronavirus lockdown they have been held once a day by conference call.

The government said Friday that it plans to replace the afternoon briefing with a televised event hosted by a professional broadcaster. The morning briefing will continue in the current format. The change will take effect later this year.

Johnson told LBC radio that the government’s daily televised coronavirus news conferences had been a success. The briefings involving ministers and scientists were held daily between March and late June.

“People have liked a more direct, detailed information from the government about what is going on,” Johnson said.

“We do think that people want direct engagement and want stuff from us, and so we’re going to have a go at that.”

Johnson said he would “pop up from time to time” at the briefings.

Viewers around the world are used to seeing televised White House briefings by the U.S. president’s press secretary, though these have become sporadic under the Trump administration.