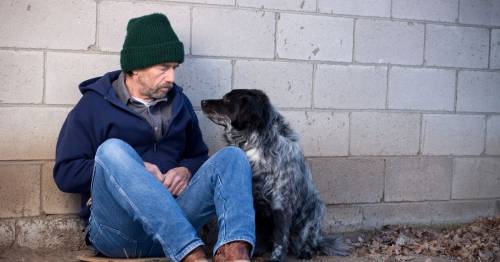 There's nothing more wholesome than welcoming a street dog into your home – but it's not always for you to decide whether they need help.

A woman has been slammed for stealing a homeless man's dog and giving to her eight-year-old cousin, as she has always wanted a pet to call her own.

Trying to justify her actions, the woman claims the homeless man was 'unable to provide for the dog' while living on the streets – and says it would live a better life with her family.

Speaking to Reddit, she said: "Every time I walk to my gym I see this cute little dog looking miserable.

"The dog is sometimes with her owner, a homeless guy in his 40s, but most of the time she gets tied to a pole and left there for hours.

She gifted the dog to her eight-year-old cousin
(

"I wanted to report this to the authorities but I was told that because most shelters in our area are kill shelters that could be even worse for the dog.

"A few nights ago my fiancé and I were walking back from a restaurant in the area and saw the dog alone again, we decided to take her home."

However, the woman's so-called good deed was quickly shot down by her mum, who called her "cruel" for stealing another person's dog, no matter their personal circumstances.

"When I told my mother she was outraged," she added. "She says homeless people need their animals to keep them company and that I had no right to take her.

"I told her a dog isn’t a toy and people shouldn’t get one if they can’t look after it.

"My mum says I’m cruel and don’t care about human beings. I disagree and maintain that you should not have an animal you can’t take care of."

She had the dog reported as 'abandoned'
(

Wanting to find out more about the dog, the woman booked her in for a check up at the vets – and even got them to report the animal as 'abandoned'.

She added: "We took the dog to the vet, he said she’s a little over a year, malnourished but not critically. We scheduled her shots and made sure she was OK.

"My vet helped me out to make sure the dog was reported as abandoned and everything was legal. We’ll be able to make the adoption official after a 30 day wait period."

After waiting a month, the woman completed the required paperwork and went ahead with her plan to surprise her eight-year-old cousin with the dog.

She said: "She fell in love with the dog from the moment she saw her. I just hope my mom gets over it."

While most users slammed the woman for her "selfish" actions, others shared a thought for the homeless man who lost his best friend because this woman thought she knew better.

One user said: "You probably took the homeless person’s only friend because you assumed the dog was being neglected because they were homeless.

"I also believe you’re taking liberties with your story to make the situation sound much worse than it actually is so you sound better for stealing someone’s dog.

"Give them their dog back. What you did was wrong."

Another user added: "People leave their dogs home alone in crates for long periods of time.

"The dog is probably happier tied up outside getting love from everyone that walks by than she would be in a crate for the same amount of time."

A third user added: "Homeless people have nothing and you helped yourself to stealing this guy's companion because you believed you had the moral right to.

"You're incredibly a***holeish and your smug self defence makes me think you only wanted a pat on the back for your crime and callousness."

Previous : Man hooked on Pepsi drank 30 cans EVERY DAY for 20 years costing him £7,000 a year
Next : Girl, 3, left with life-changing injuries after she was hit by car while on her scooter – World News