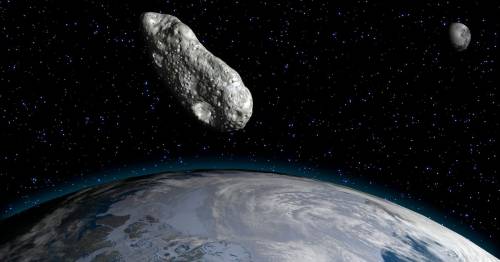 A massive asteroid wider than Big Ben is tall will pass Earth today – just days before a bigger one is set to fly by.

The rock, dubbed Asteroid 2013 YD48 by NASA, is set to come within 3.48million miles of our planet today as it whizzes through space.

Despite its impressive size, it is slightly too small to be considered a potentially hazardous object – a name given to space junk discovered by the space agency that could prove a threat.

While confirmed for today, NASA did not give an exact time this asteroid would be visiting.

The space rock is 104-miles wide, which is larger than London's Big Ben
(

Another asteroid – which is far larger than YD48 and roughly two and a half times the size of the Empire State Building – is set to swing by Earth on January 18 at 4.51pm Eastern time (9.51pm GMT).

It will be our closest encounter with this particular asteroid for at least the next 200 years, according to inverse.com.

And it's so close that amateur astronomers may be able to catch a glimpse from their gardens, according to the publication.

An asteroid will pass by Earth today as it travels within 3.48million miles of our planet (stock image)
(

Relating to today's rock, the 3.48million-mile gap may seem massive, but is actually rather modest in space terms.

In fact NASA classifies anything that passes within 120million miles of Earth as a Near-Earth Object (NEO).

Due to the distances they fly in from, tiny changes in their trajectories could be of concern for Earth scientists.

Scientists track thousands of these to observe how close they are coming to Earth.

And 2013 YD48 is not the only asteroid set to become a Near-Earth Object in the coming weeks.

There are three more that are set to pass by the globe before it does so.

The third and final asteroid is 2020 AP1, the smallest at only 4m across, and passing on January 7, at 1.08million miles from us.