How World Prepares for Next Pandemic ‘Depends on the Leadership in Place’, Biochemist Tells Sputnik 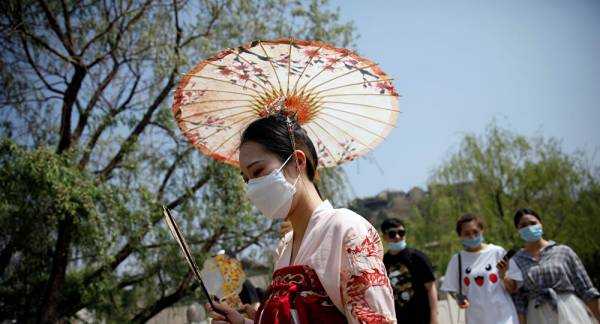 Almost four million people around the world have been infected with the COVID-19 coronavirus since it emerged in China last year and 259,000 people have died. But what lessons have been learned and is the world in a better position to face the next pandemic?

The World Health Organization and the European Investment Bank unveiled plans recently to “increase resilience to reduce the health and social impact of future health emergencies.”

The EIB is spending 5.2 billion euros on the COVID-19 response outside of Europe and on Friday, 1 May, the WHO and the EIB agreed to “scale up financing to assure the chain of essential supplies, including personal protective equipment, diagnostics and clinical management” in ten African countries.

​​While the death toll continues to rise from COVID-19, many health experts are already dreading the next pandemic.

“There is a general awareness and acknowledgement of the fact that a global response strategy is needed now and during future pandemics. Maybe the situation in Italy would have been different if some EU members like Germany offered early and decisive assistance,” she notes.

Since 2000 the world has seen a series of deadly epidemics – SARS, swine flu, Ebola – although none have been as bad as COVID-19 in terms of infectiousness and fatality rates.

​Dr Ateghang, who is from Cameroon, says: “What has gone unnoticed by some so far is how fast African nations went into lockdown when the first cases were registered in north Africa. This is due to the fact that they had experience of Ebola to inform their decisions.”

​She says: “It is interesting to witness the divergent views regarding the use of certain therapeutics. We are reviewing the daily reports on the therapeutic recommendations being propagated, especially the use of Chloroquin/Hydrochloroquin/Azithromycin.”

But what shape could the next pandemic take? What if it was as deadly as Ebola?

Dr Ateghang said it was misleading to think of COVID-19 as a virus solely affecting the respiratory system.

“We must go beyond respiratory disease. I have medical doctors reporting cases whereby the primary symptom was diarrhoea. The ACE2 receptor is not limited to the lungs. We have to get the physician within the various specialities to analyse their observations and formulate guidance,” says Dr Ateghang.

Dr Ateghang says: “We are obligated to protect the environment and wildlife, or will experience more frequently zoonotic disease since humans destroy habitats of animals and we now live in close proximity to one another.”

​The WHO has been heavily criticised by US President Donald Trump, who has gone so far as to pledge to stop funding it.

Dr Ateghang says: “The WHO certainly had its shortcomings in the area of communications at the beginning of the crisis but it has done a great job so far. It is difficult for me to understand where Trump is coming from.”

She said the WHO was a multilateral organisation and she said the US should have stood up and said something if it believed China was dictating the tone on coronavirus.

“As a multilateral institution with no real powers and with financial dependency on member states, it is certainly difficult to force your way into China and gather data independently. Its effectiveness and efficacy within the context of the crisis depended on China’s honesty and transparency,” Dr Ateghang concludes.