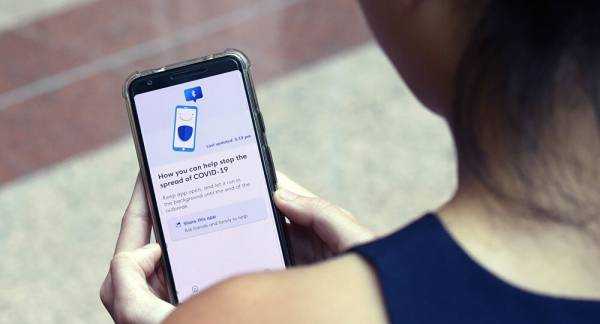 Millions of people in the UK will soon be asked to track their movements as part of the government’s test, trace and track strategy. A trial of the NHS contact-tracing app has been launched on the Isle of Wight, with a further roll-out of the tool expected in the coming weeks.

A new NHS contact tracing app is being trialled on the Isle of Wight this week. Residents have been asked to download a smartphone app that monitors how close they have been to other people.

This new app is part of the government’s strategy for coming out of the coronavirus lockdown, which aims to have widespread testing and contact tracing in place to monitor and reduce any future outbreaks.

Contact tracing is the method of preventing the spread of disease. Health workers interview people who have been diagnosed with coronavirus and work out who they might have recently been in contact with.

They put together a timeline and network of contacts, telling other people who might have been exposed to the infected person to quarantine themselves.

Contact tracing is already being used by various countries, including China, Singapore and Germany.

What Are the UK’s Plans?

The UK is planning to roll out its contact tracing app and phone team by the middle of May.

The government is getting ready to deploy a contact tracing team of 3,000 civil servants and health workers, and 15,000 call handlers.

Their telephone tracing will be used alongside the smartphone app which is currently being trialled on the Isle of Wight.

How Does the App Work?

The NHS contact tracing app works by using Bluetooth signals to detect when two phones come close to each other, and anyone who becomes unwell with coronavirus symptoms can notify the app, which would then inform other users with whom they had significant contact.

The app will recommend those people self-isolate in case they have contracted the disease. Those contacted won’t know the identity of the person who may have passed on coronavirus.

If the person then takes a test and tests negative, they may be released from their self-isolation by a notification through the app.

Several concerns around data and privacy have been raised in relation to contact-tracing apps.

According to the BBC, civil rights group Liberty said the government must take the risks seriously, and should not make installing the app a condition to leaving the lockdown or returning to work.

Health Secretary Matt Hancock has as well assured that the app will take “full consideration” of privacy concerns.