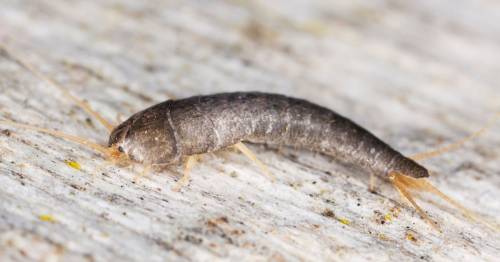 Homeowners have been warned over a huge outbreak of fish-like bugs that can lay as many as 60 eggs a day.

There has been a large increase in silverfish outbreaks, with the pest control firm Rentokil receiving a high number of call outs to affected homes in Dublin.

Homeowners have been urged to keep an eye out for the nocturnal pests, which are moving indoors for warmth and shelter during the cold winter months, DublinLive reported.

In Ireland, Dublin accounted for almost half of total callouts, 46 per cent, to deal with the bugs in October.

Silverfish can lay up to 60 eggs per day, so a few insects can quickly become a much larger infestation.

Their eggs are usually difficult to locate, as they are often hidden in tiny cracks or crevices.

Silverfish are known to damage books, photographs, paintings, plaster, and other household items, as they feed on both starch and cellulose.

They also devour dead skin and hair from humans.

Home and business owners are most likely to find silverfish in dark, damp, and humid areas such as bathrooms, basements, and attics.

They are nocturnal insects that are usually silver in colour, giving them their distinctive name, although they can also be grey.

Silverfish measure about 10-12mm in length with tiny scales and two antennae and have a tapered, tail-like appearance.

A Rentokil spokesperson said that that silverfish begin to move indoors to escape the cold winter months.

He said: "While silverfish aren’t dangerous, they can become a major inconvenience because of their appetite for starch and cellulose, which can lead to them damaging valuable items by feeding on them.”

Previous : Red Bull boss Christian Horner has no regrets on behaviour after being summoned to stewards
Next : New Orleans Saints, Taysom Hill agree to four-year deal that pays according to position, sources say