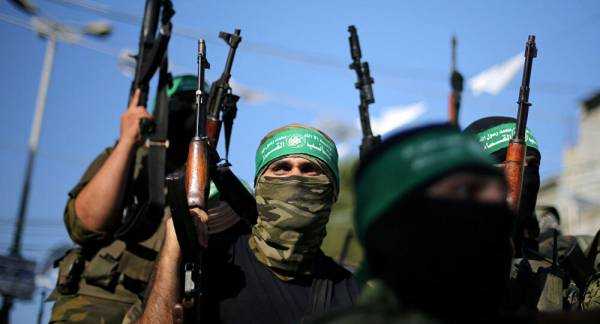 After seizing control over the coastal enclave in 2007, the Islamist group has improved its attack capabilities, says a former security officer who witnessed the bloody events that paved the way for Hamas’ control, adding that getting rid of the organisation, deemed terrorist by Israel, will be a mission impossible.

Mohammed Ibrahim will never forget that hot summer day in mid-June when Hamas, an Islamist group deemed terrorist by Israel, took control of Gaza, ousting the Fatah officials that had governed the enclave since 1993.

Back then, Mohammed, who is now 36, was serving as a police officer in the headquarters of the National Security, located in the heart of Gaza, when he heard a loud noise and a series of shots.

But life had other plans. In the middle of Hamas’ takeover, Mohammed received a phone call. A voice alerted him that his brother, who served in Fatah’s security forces, was severely injured. Mohammed rushed to the location, but by the time he managed to get there, elbowing his way through armed Hamas militants, his brother was dead.

Mohammed and his family were not the only victims of Hamas’ takeover of the Strip. Over the course of eight days in June, clashes between Hamas and Fatah – which had also taken place even before the bloody events – claimed the lives of 161 Palestinians. 41 of them were civilians, among them seven children and 11 women.

Yet, Hamas’ capture of the strip also sent waves of shock throughout Israel. Apart from carrying out dozens of terrorist attacks against the Jewish state during the first and second popular uprisings, the Islamist group became a serious challenge in the early 2000s when it started launching rockets into the country’s southern communities.

The takeover of Hamas promised that the situation would only go from worse to worst. Up until 2007, the Islamist group and its allies had fired more than 2,300 rockets into Israeli territories.

©
AFP 2020 / THOMAS COEXA member of Israeli security forces carries flags of the Palestinian Islamist movement Hamas that were seized during clashes with Palestinian protesters in Beit El, near the West Bank city of Ramallah, on October 8, 2015

In addition, after 2007 the Islamist group bolstered its tunnel network construction, digging more than 1,300 tunnels, some of which contained rails, electricity, ventilators, communication lines, and even oxygen tanks. Many were considered to be “attack” tunnels used for attacking, kidnapping, and murdering Israelis.

The international community also found it hard to accept, acknowledge, and sit down for talks with the new government of the strip. The European Commission threw its full support behind the leader of the Palestinian Authority Mahmoud Abbas, who was ousted from Gaza, while the then-foreign secretary of Britain took an uncompromising line towards the Islamist group.

Hamas Has No Plans to Go Away

For many Gazans, however, Hamas was a legitimate government, democratically elected a year before the violent events of 2007, getting 76 seats out of the 132-seat chamber. But not for Mohammed and many other residents of the strip, who throughout the years staged multiple protests against the Hamas government.

It seems that Fatah’s leadership – based in Ramallah – has never been able to forgive their ouster either and despite numerous attempts to overcome their differences, the two factions continue to disagree on a number of important topics, the most important of which is the attitude towards Israel.

©
AP Photo / Khalil HamraMasked Palestinian Hamas gunmen attend a funeral for six of their fighters who were killed in an explosion Saturday, in Deir el-Balah, central Gaza Strip

Initially hostile to Israel, over the years Fatah has dropped its violent approach towards the Jewish state and has agreed to sit down for talks with the Israeli government on a number of occasions. For Hamas, whose ideology is based on the elimination of Israel, that approach was a betrayal.