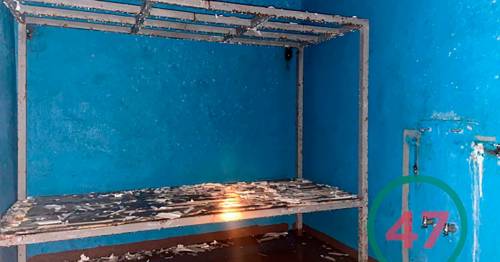 A gruesome “private mafia jail” has been uncovered in Russia with a crematorium for victims tortured to death or burned alive.

Images show the underground cells modelled on the most notorious prison in St Petersburg called Kresty.

However it is not known who ran the £370,000 site or whether it had any links to Russian authorities.

When news broke of the prison the authorities used a bulldozer to stop people getting in and are reported to have “classified” information about the site.

The jail in Novy Peterburg village – 27 miles from St Petersburg – village is in a half destroyed and semi-flooded house some 25 miles from the city.

Each of the three cells has iron bunk beds, a washbasin, and a toilet, along with steel doors and “feeding troughs”.

It was evidently designed to resemble a state prison, while having seemingly nothing to do with the government. However, it cost around £370,000 to build. 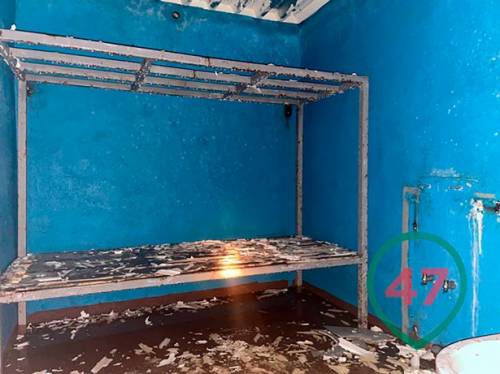 Each of the three cells has iron bunk beds, a washbasin, and a toilet, along with steel doors and 'feeding troughs'
(Image: east2west news)

The gates are decorated with a wolf, a spider, a woman behind bars, and skull and crossbones with the inscription ‘Black Hand’ – suggesting links to the Italian mafia.

A sign above the entrance reads “Copenhagen” and there was a complex high security entry system.

In one room possibly used for torture there are multiple electric sockets, including in the ceiling.

Nearby is a furnace – large enough to fit a human body – with biological remains inside, prompting claims that this was a secret private jail with its own crematorium. 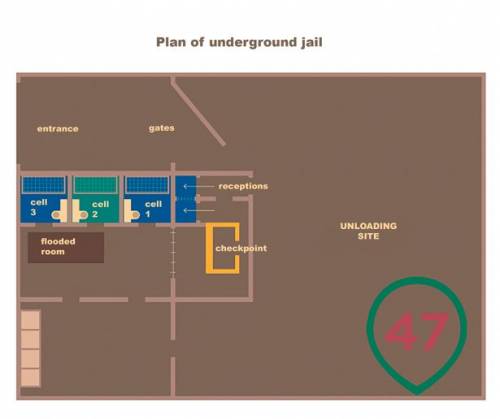 A map of the facility which is 27 miles from St Petersburg
(Image: east2west news)

It was owned by a man, 50, who changed his name from Artur Mkrtychyan to Artur Escobar.

He is believed to be a car dealer, who for unclear reasons renamed himself after Colombian drug lord and narco-terrorist Pavlo Escobar.

He owned the property from 2018 but it was built as a jail eight years earlier.

He has not commented, but a woman identified as his mother told Izvestia: “I swear I don't know anything about this.

“My hair stood on end from what you told me. It just can't be true."

An ex-owner of the property was Renat Alimzanov, a former detention centre chief who died in 2018. 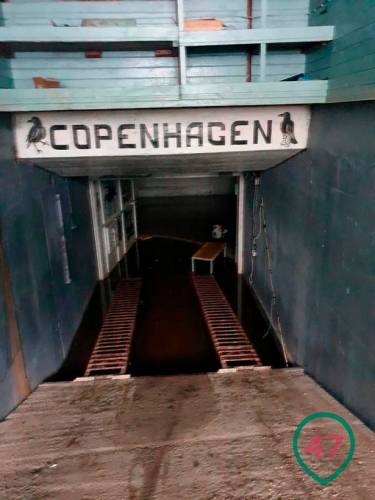 The entrance has a sign that reads 'Copenhagen' and has symbols associated with the Italian mafia
(Image: east2west news)

"A private jail with a crematorium was found in Leningrad region”, he said.

“We can only guess who was kept a captive there, and who was burned alive.”

A similar jail was found earlier near Moscow, he said.

“There was no crematorium, but a hall of torture in the basement. 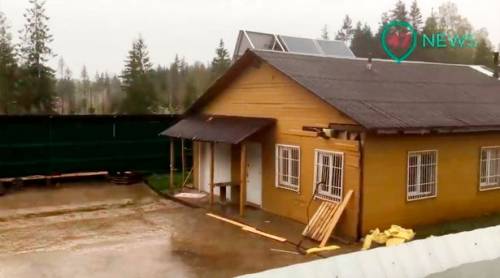 There is s mystery around the property as to who ran it and why
(Image: east2west news)

“A special iron table was installed, hostages were tied up to it and cruelly tortured.

“For example, a pool cue was used on men.

“Reluctant businessmen, debtors, thugs and hijackers of expensive foreign cars who refused to work under the right ‘roof’ were brought there.”

After reports surfaced in local media outlet 47news over the "private jail" near St Petersburg, the authorities rapidly deployed a bulldozer to bar entry.

Adding to the mystery, the Russian Investigative Committee – the main federal investigating authority in Russia – is known to have worked at the site. The investigation is now said to be “classified”.