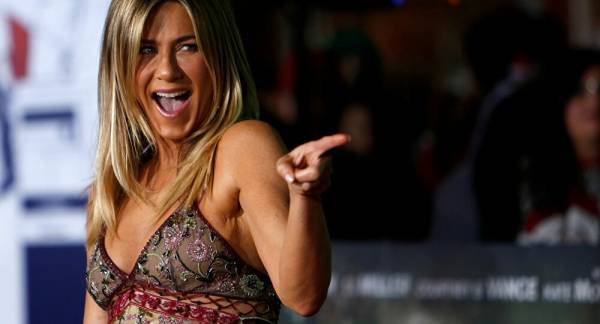 The 72nd ceremony was held in a new format due to the pandemic, with over 100 nominees broadcasting themselves from their homes, while the hosts were in the nearly-empty Staples Centre in Los Angeles.

Jennifer Aniston had to use a fire extinguisher during this year’s Emmy Awards: the fire happened when the actress came to the stage in-person to present the award for Outstanding Lead Actress in a Comedy Series.

Before the winner was announced, ceremony host Jimmy Kimmel set the winner’s envelope on fire, saying it will burn off all the “bacteria”, thus prompting Aniston to put out the flames before the stunt could go wrong and cause real danger.

​But it was not enough, as the paper was still burning. Only after someone cried “Put it out!” did the hosts notice the fire was still there, so Aniston used her firefighting skills one more time.

Previous : 10 Killed, Many Trapped: 40-Year-Old Residential Building Collapses Near Mumbai – Photo, Video
Next : For most NYC students, back to school, but not the classroom