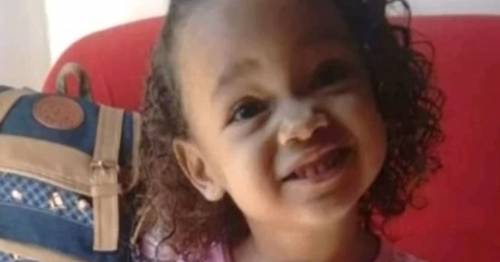 Girl, 4, died after scorpion stung her twice when mum failed to notice the first – World News

A young girl has died when she was stung by a scorpion in her bed and went to find her mum who tucked her back in – only for her to be stung a second time.

Noemi Vicente da Silva, 4, woke up and went to find her mother as she had a pain in her hand.

Thinking her arm was numb from sleeping on it, she was taken back to bed.

When she cried out in pain her horrified mum finally found the deadly scorpion hiding amongst her duvet.

Noemi was rushed to hospital where she started convulsing and was administered serum.

She was moved to the emergency room where she went into cardiac arrest and died.

Noemi was buried near her home in Brazil on Monday
(

“She [her mother] didn't know what it was. She asked the girl if she wanted water, as she was used to giving her water. The girl said yes.

“She [the mother] lifted the sheet and saw it was a scorpion."

Little Noemi was laid to rest on Monday morning near her home in Luiziania in Sao Paulo, Brazil.

Her grandmother added: "I wish it had been me in her place. It's not easy to lose a granddaughter."

Scorpions are a major concern in many tropical and subtropical countries, including South Latin America, Mexico and the Middle East.

More than 3,000 people die every year from scorpion stings
(

Experts say around 1.2 million people are stung every year, resulting in more than 3,000 deaths.

The inquisitive stingers are often found elsewhere around the world as they crawl into people’s luggage and containers.

Venom inside its tail can cause intense pain and numbness as well as spasms, irregular heartbeats and death.

Earlier this year a British family was shocked to find a scorpion had stowed away in their luggage while they were in Costa Rica.

The arachnid was found in their kitchen after it snuck into one of the suitcases when they were in the Central American country.

It miraculously survived the 14-hour flight back to the UK, but remained undetected for a week-and-a-half before the family spotted it and alerted the RSPCA.

An RSPCA spokesperson said: "This scorpion departed from Costa Rica and arrived at a house in Winchester.