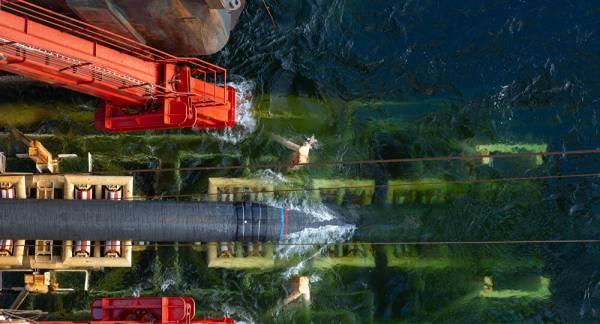 German media reported earlier that the authorities were planning to deny the Nord Stream 2 operating company a waiver to exclude it from the regulations of the Third Energy Package. The company stated that they would appeal if, in fact, such a decision were to be taken.

The German Federal Network Agency (BNA) will make a final decision on providing Nord Stream 2 AG, the operating company of the Nord Stream pipeline, with a waiver from the provisions of the EU’s anti-monopoly regulations, BNA representative Fiete Wulff said. He confirmed earlier reports that the BNA has sent out the project of its resolution to all involved parties and is awaiting their response with a deadline coming in a week.

The BNA representative has not commented on an earlier report by Germany’s Handelsblatt newspaper claiming that the agency is planning to deny Nord Stream 2 AG a waiver. According to the newspaper, the BNA is planning to justify the decision by the fact that the pipeline will not be finished by 24 May – the final date for applying for waivers from the Third Energy Package. The pipeline, bridging Russian gas producers to Europe, was supposed to be finished in 2019, but the construction was delayed by Denmark’s hesitance in giving a green light to laying a part of it within its waters.

Nord Stream 2 AG commented on the report, saying it would disagree with such a resolution if it’s issued and would appeal it. Wulff noted that Nord Stream 2 AG would be able to appeal the BNA’s ruling in court if needed.

Under the EU anti-monopoly regulations in the energy sphere, also known as the Third Energy Package, gas producers cannot be the sole owner of the pipelines they have built if their ownership might prevent other producers from using the pipe. The owner of the pipeline must either sell 50% of ownership to other companies and provide half of its capacity to them or delegate control to an independent company while retaining formal ownership.

However, some companies might be exempt from the requirements of the Package if there are no companies that could utilise such a pipeline or if none show any interest in using it.

Previous : 3 California counties are defying state orders on reopening businesses
Next : In US, a virus-era Ramadan presents obstacles, opportunities