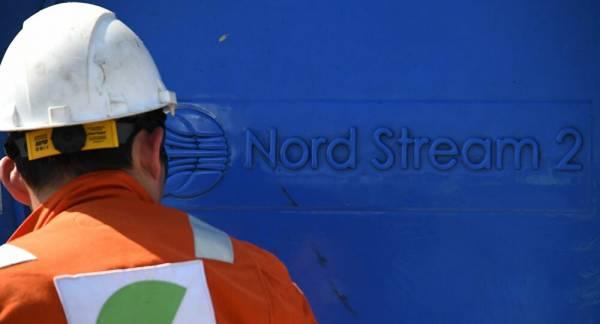 Nord Stream 2 is a joint venture between the Russian energy giant Gazprom and five European companies.
The gas pipeline will carry up to 55 billion cubic metres of natural gas per year from Russia to Germany under the Baltic Sea, passing through the territorial waters or exclusive economic zones of Denmark, Finland, Germany, Russia, and Sweden.

The Nord Stream 2 operator disagrees with the German regulator’s intention to deny the gas directive waiver, the company said in a statement on Friday. The firm pledged to defend its rights and wait for the final decision by the regulator, the statement added.

Handelsblatt newspaper reported, citing the draft decision of the Federal Network Agency of Germany (BNA), that the BNA intends to reject an application filed by Nord Stream 2 for an exemption of the pipeline project from the requirements of the updated EU gas directive.

The agency announced in mid-January that it had accepted applications from the Nord Stream 1 and Nord Stream 2 operators to exempt the gas pipelines from the requirements of the EU gas directive. According to Handelsblatt, the agency earlier on Friday sent a draft decision to the parties involved in the process. The newspaper added that the BNA will accept replies from them until 8 May, after which it will “promptly” make a final decision.

The reason for the rejection of the Nord Stream 2 application was the fact that in order to exempt the gas pipeline from the updated directive, the pipeline must have been completed before May 2019. Nord Stream 2 insisted that it was necessary to not proceed from the “construction” point of this requirement, but to take into account the fact that “billions of investments had already been made in accordance with the previous legal regime by the time the new directives of the domestic gas market came into force”.

The spokesman for Nord Stream 2, Jens Mueller, said in January that the project meets all the requirements for its exemption from the rules of the updated EU gas directive in Germany and that this also applies to the completion date of the project.