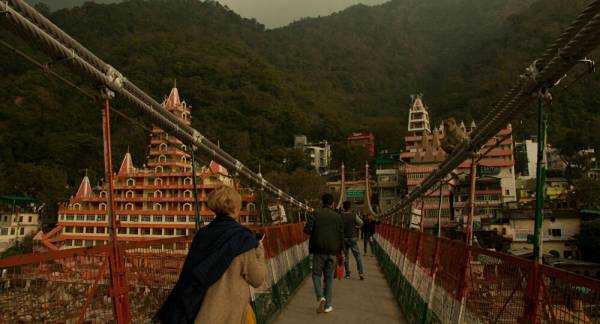 Local police said the French national wasn’t aware of the illegality of naked shoots in India, as it’s common in France. The woman has been in the city for the last four to five months, as it is a major tourist spot.

A 27-year-old French national was recently arrested in India for allegedly making a nude video shot at the popular hanging bridge “Lakshman Jhula” in Rishikesh, police officials said on Saturday.

Located in India’s Uttarakhand state, Rishikesh is one of the most visited pilgrimage centres and tourist places of the country. Thronged by thousands of foreigners from all over the world, it is situated on the banks of the holy river Ganges. The main attraction of the town is “Lakshman Jhula”, a hanging bridge over the river.

Police said they received a complaint last Tuesday from Ganjendra Sajwan, a resident and local politician, about the incident, following which the woman was arrested on Thursday.

Law enforcement was informed that the woman made a nude video and photo shoot and later put it on social media.

“…. a case was registered against her under relevant sections of the Information Technology Act. During the probe, it was confirmed the act was done on Lakshman Jhula, which is a public place”, a senior Rishikesh police officer told Sputnik.

An initial probe revealed that the woman was staying at a hotel in Rishikesh and that she was questioned there about the reported incident.

“She admitted to have shot the video in nude but she claimed being unaware that it’s illegal in India”, the officer said, adding that she shared the video and photo shoot as they were for promoting her bead-necklace business.

The officer said the woman was then arrested. However, she was later granted bail.

Previous : Nurses on NY’s front lines call for minimum staffing ratios
Next : Anti-Islam Protest in Oslo Ends With Tearing of Koran and Brawls With Police