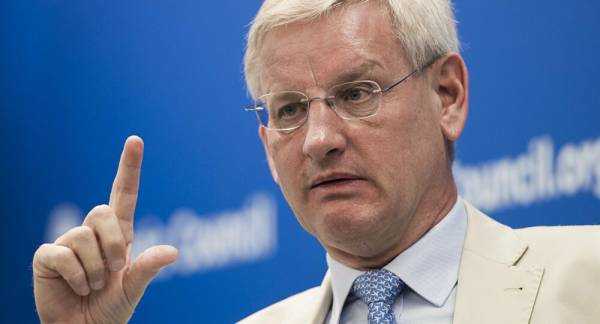 With most of the world on lockdown amid the novel coronavirus pandemic, there has been a lot of debate on whether closed borders, travel restrictions and self-reliance will spell the end of globalisation as we know it.

The world must “globalise efforts” in order to stop the coronavirus crisis, Carl Bildt, former Swedish Prime Minister and the leader of the liberal-conservative Moderate Party, suggested in an interview with Swedish national broadcaster SVT.

Bildt saw no credibility in the speculations that the novel coronavirus originated in a Chinese lab, recently aired by US President Donald Trump and US Secretary of State Mike Pompeo. However, he is worried that the COVID-19 crisis appears to have intensified the US-China power struggle.

According to Carl Bildt, national strife is not the solution. Globalism is, he suggested.

“Right now we are in a global crisis that requires a global mobilisation of power. We have a globalised virus and, in my opinion, we must globalise our efforts to fight this virus”, Bildt said. “But for the United States, it appears to be more important to fight China than the virus.”

According to Carl Bildt, it was “awful” when the EU earlier this year closed its borders to stop the infection. No country can cope by itself, but instead open borders are needed, he claimed.

This is not the first time Bildt has placed his bets on globalism to beat the coronavirus crisis. In an interview with the newspaper Dagens Nyheter published late April, Bildt suggested that COVID-19 is the first crisis in which the US is no longer a world leader, which, he claimed, has left the world in disunity and the UN Security Council in paralysis.

Earlier this spring, Bildt reprimanded the sitting government’s press conferences for not being globalist and EU-friendly enough.

“Pitiful of the government not to have an EU flag at its press conferences. Who took it away? The day will surely come when we need Europe’s solidarity and support,” Bildt tweeted.

​Carl Bildt served as prime minister of Sweden from 1991 to 1994 and topped the Moderate Party from 1986 to 1999. Bildt also served as foreign minister between 2006 and 2014. During his tenure and afterwards, he has been a firm proponent of globalism.

Since the advent of the COVID-19 pandemic, travel restrictions and border controls were re-introduced across the EU, with both symbolic significance and political and economic repercussions.