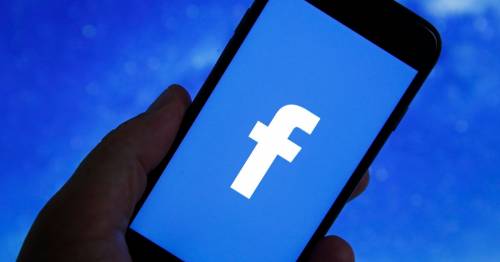 Facebook has axed five of its features in a major overhaul of its services as the social media giant moves to take an axe to poorly performing items.

Meta, Facebook's parent company, confirmed they will be axing several services including background location, location history, weather alerts, podcasts and nearby friends, which will be unavailable after May 31.

The social media giant is cutting the five services due to "low usage" after sending a notification to users who have previously used the services.

Podcasts will no longer be available on Facebook, a year after they launched, as the company develops other services.

The company said it will stop with its short-form audio product Soundbites and will axe its central audio hub.

Facebook confirmed information shared with the company for location history and background location will stop being collected at the end of this month.

According to the company's data policy, users will still have their data location collected for other services.

However, to view or delete existing location history on Facebook, users can download and access their information before August 1 – after this date existing history information will be automatically deleted.

Facebook spokesperson Emil Vazquez told The Verge : "While we’re deprecating some location-based features on Facebook due to low usage, people can still use Location Services to manage how their location information is collected and used.”

Below are the five services Facebook will be getting rid of.

Just last April, Facebook confirmed they would be entering the ever-expanding and popular podcast market but, after a year, the company has decided to axe podcasts.

The company will stop users adding podcasts to the site after they sent a notification informing users of the planned changes.

After being criticised for its data privacy, Facebook will stop users letting the social networking giant accessing their location when they're not on the Facebook app. Users can now turn this off but this will no longer be a feature after May 31.

The social network giant has a digital map tied to the user's location history on their phone. This tracks their location history, with users able to access this information at any time.

Each time a user is logged into Facebook, and the location history is on, the company tracks your current location – but this feature will now disappear.

Weather alerts, which inform users of the weather in their local area, will be no longer be available.

Facebook said it will stop recording location data in the background – which means the end of weather alerts on the site.

The nearby friends feature will no longer be available after May 31 as Facebook axes the feature which allowed social media users and their friends to share their locations with each other.

Location history must be turned on for some location features, such as Nearby Friends, to work on Facebook.

This automatically uses your location to create a map of places you have visited.

However, users have until August 1 to download and access their data – after this date the data collected will be deleted automatically.

Previous : Cruel scammer posing as dog thief to blackmail devastated owners out of cash
Next : Vicious killer who stabbed mum 12 times in her own home is on the run – World News