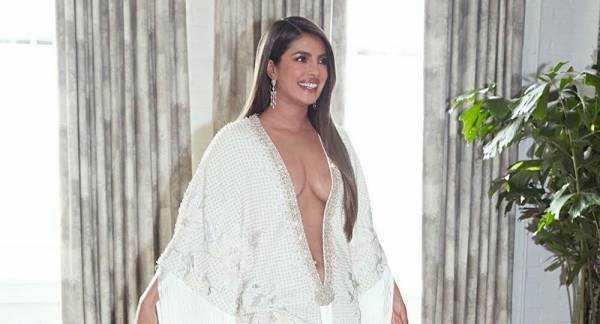 New Delhi (Sputnik): Born and brought up in India, Bollywood’s glamorous star Priyanka currently resides in the United States with her rock star-singer husband Nick Jonas. The US has been among the countries worst hit by the pandemic, with confirmed cases crossing the 1 million mark.

After spending nearly two months in quarantine with singer-husband Nick Jonas at their home in Los Angeles, Indian-American actress Priyanka Chopra has finally stepped out of the house.

Sharing a picture on Instagram, in which she can be seen wearing a mask that covers her mouth and nose but doesn’t obscure her bold, beautiful eyes, the actress and singer said, “Eyes are never quiet. #FirstDayOutIn2Months Thanks for the masks @avoyermagyan.”

The post invited a comment from Indian designer Manish Malhotra, who said “your eyes always sparkle”.
Priyanka, who is affectionately called ‘Piggy Chops’, has often shared her state of mind during the COVID-19-induced lockdown.

The actress has also been a part of a fundraiser programme to help COVID-19 victims – both Priyanka and her husband Nick have donated to Indian Prime Minister Narendra Modi’ special fund, called the Prime Minister’s Citizen Assistance and Relief in Emergency Situations (PM-CARES).

Priyanka’s mother, who resides in India, had recently expressed concern for her well-being.
The United States has been grappling with the pandemic, and has had among the highest coronavirus death rates. The country has registered over 80,000 deaths so far.