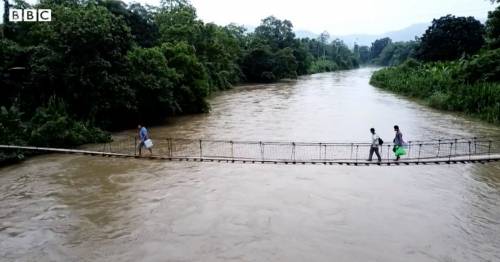 Health workers are going to extreme lengths to get villagers in remote villages in India vaccinated.

Health experts have said that until the virus is contained in countries like India, with its 1.3billion residents, the pandemic won’t be over for the world.

But getting coronavirus vaccinations, which need to be kept cool, to remote areas has proved a challenge.

The BBC's south Asia correspondent Rajini Vaidyanathan joined a team of vaccinators as they headed out to a remote district in the north-eastern state of Arunachal Pradesh.

The area, against all odds, has now managed to vaccinate the vast majority of adults, with 80% having been jabbed. 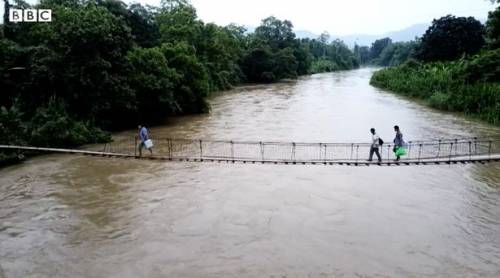 The health workers cross the river

The vaccines were loaded into a cool box, driven for an hour, then carried for three more before the village was reached.

The health workers trekked through the jungle, in the blistering heat, while trying to keep the vaccines at a cool temperature.

Latgum Singpu told the BBC: "There are some very dangerous places here, so we face many challenges here to administer vaccines.

"Some of the villages are very far away and we have to cross rivers to reach them. 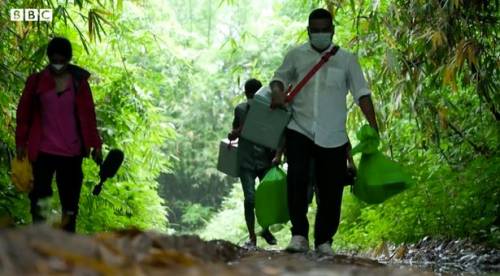 Latgum Singpu and his team carry the vaccines through the jungle

"We belong to this area, we members of the local community, that's why its our duty to keep everyone safe."

A new survey has revealed that covid-19 antibodies have now been detected in 67% of the population of India, indicating how widely the virus spread through communities during the second wave.

India’s fourth national sero-survey, which examines the prevalence of Covid-19 antibodies either through infection or vaccination, found that 67.6% of the population of more than 1.3 billion has coronavirus antibodies. 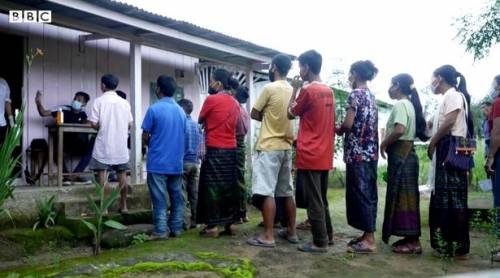 Villagers queue for their vaccines

The survey result marks a significant rise from the last such survey which was conducted in December and January and found that just 24% of the population had antibodies.

This recent survey was carried out in the final weeks of June and beginning of July.

Balram Bhargava, director general of the Indian Council for Medical Research, said: “The findings clearly show that there is a ray of hope but there is no room for complacency.” 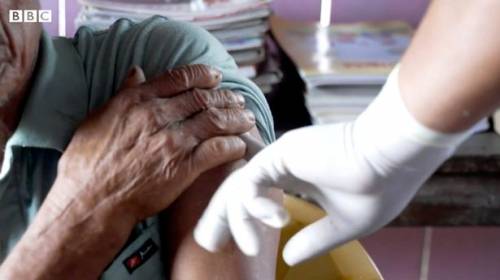 80% of this area has been vaccinated

India’s Health Minister Mansukh Mandaviya said there have been 45,374 cases of mucormycosis and nearly half of those are still receiving treatment.

Black fungus usually occurs 12-18 days after people recover from Covid and has a mortality rate of 50%.

The rare infection affects the nose, eyes and in some cases the brain.

Doctors have said how they have been forced to remove people's eyes and jaw bones to try and stop the infection from reaching their brains.

Previous : Woman who was in coma and nearly died after AstraZeneca jab is still pro-vaccine – World News
Next : Supermarkets running out of bottled water due to heatwave and ‘pingdemic’ chaos