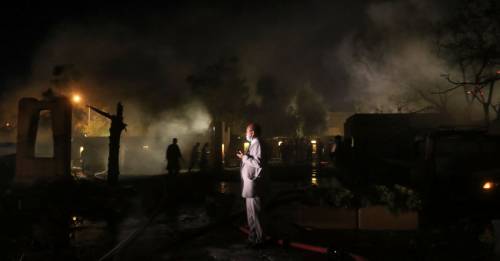 An explosion at a luxury hotel killed three people and wounded 11 in southwest Pakistan on Wednesday, police said.

The hotel is in Quetta, the capital of southwestern Balochistan province that has long been the scene of low-level insurgency from local nationalists.

"Our officers are working to determine whether it was a bomb and what type of device it could be," Malik said.

Previous : Covid surge testing to begin in Birmingham after South African variant discovered
Next : Ontario calls wild pigs ‘ecological trainwreck.’ Now it wants a plan to keep them out