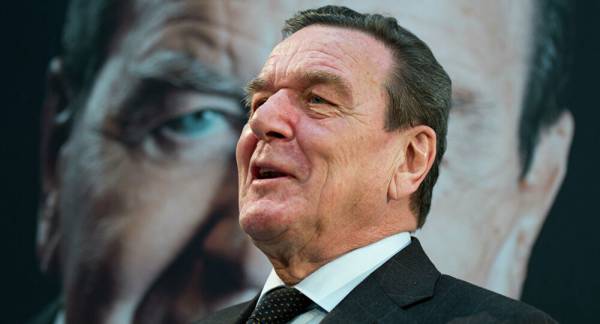 Crimea rejoined Russia in March 2014 as a result of a referendum which saw over 96 per cent of the peninsula’s residents backing the option. However, the move was opposed by Ukraine and a majority of Western countries, including EU members, with several rounds of sanctions slapped on Moscow.

Former German Chancellor Gerhard Schroeder has spoken out in favour of lifting of anti-Russian sanctions imposed by the EU after the reunification of Russia with Crimea, as he underscored that cooperation with the Russian Federation was especially vital in amid the global health and economic crisis spawned by the COVID-19 pandemic.

When asked in the interview to comment the fact that the sanctions were Europe’s answer to the alleged “annexation of Crimea” that violated international law, Schroeder said:

Speaking about the situation in the east of Ukraine, Schroeder noted that “peaceful coexistence will only exist if Ukraine becomes a federal state in which the east of the country will gain more autonomy.”

Underscoring the need for countries to join forces in the fight against the common enemy – the COVID-19 virus, Schroeder said:

As he urged the German government to face the lessons of history unflinchingly ahead of the 75th anniversary of the end of WWII, Schroeder emphasised:

The former German Chancellor concluded that despite the past, “Russia is willing to work with the new Germany in a spirit of trust cannot be overestimated. It does not fit that we continue to support the sanctions against Russia. “

Relations between the Russian Federation and Western countries deteriorated in March 2014, following Crimea’s reunification with Russia after almost 97 per cent of the peninsula’s residents supported the move in a regional referendum.

The reunification was not recognised by the West, including EU members, despite Moscow repeatedly stressing that Crimea had conducted the referendum in compliance with international law.

That was when the EU first imposed its anti-Russian sanctions, that include asset freezes and travel restrictions. Since then, the EU has extended the sanctions on a bi-annual basis.

Moscow has repeatedly denied all allegations and reacted with countermeasures against the Western nations that targeted it with sanctions.

Previous : Could Hillary Clinton and Barak Obama Join Forces to Run Against Trump if Joe Biden Quits the Race?
Next : At Least 7 Injured in Blast Near Site of Counter-Terror Operation in Handwara, Kashmir