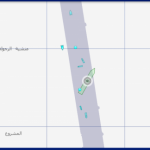 Ever Given Temporarily Blocked Suez Canal Again After Being Unstuck, Canal Source Says 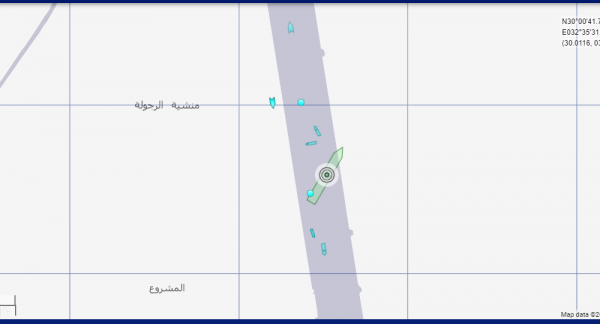 Earlier, Egyptian President Abdel Fattah al-Sisi announced the completion of an operation to unblock the Suez Canal, with maritime services provider Inchcape Shipping reporting that the 400 meter-long container ship Ever Given had been freed. The ship had been stuck in the canal since Tuesday, holding up $400 million per hour in global trade.

The Ever Given container ship briefly blocked the Suez Canal again on Monday, just hours after being freed, a source in the Canal administration told Sputnik.

“The ship has again returned to the same position it was in due to wind, but the situation isn’t as difficult as it was the first time,” the source said in the early afternoon GMT time, adding that workers planned to rectify the situation within the hour.

The source later added that the ship had been towed back to normal position.

MarineTraffic’s live traffic feature showed that the container vessel’s bow did indeed appear to be tilted into the canal’s right bank as of 13:05 GMT.

Screengrab of MarineTraffic map showing the Ever Given trapped in the Suez Canal in the early afternoon on Monday, 29 March, 2021.

By 13:20 GMT, the ship appeared to have been righted, pointing north and surrounded by tugs. By 13:20, a flotilla of as many as five tugs was towing the ship north on its way out of the canal.

Earlier Monday, canal authorities told reporters that engineers had “partially refloated” the errant skyscraper-sized container ship. A source in the Gulf Agency Company told Sputnik that the ship was refloated Sunday, and that “today the operation continues to get the ship on track.”

Once freed, the ship is expected to undergo a technical examination in Great Bitter Lake, the body of water connected to the Mediterranean and Red seas via the Suez Canal.