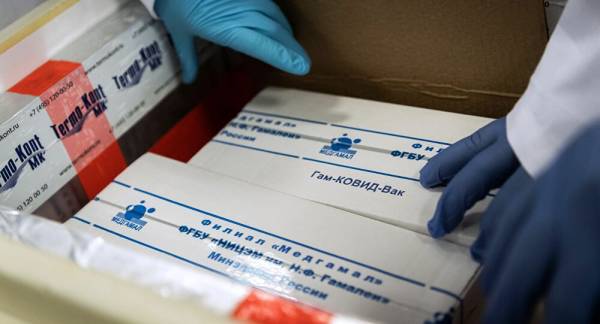 BRUSSELS (Sputnik) – The European Medicines Agency (EMA) is in talks with the manufacturer of Russia’s Sputnik V vaccine against the coronavirus following the vaccine developer reaching out to the EMA, a representative of the European Commission told Sputnik.

The agency has not received any requests to allow the sale of the Russian vaccine in the EU yet, the representative said.

The drug previously showed over 95% efficacy, with the latter uplifting results shown 42 days after the first shot. The evaluation was carried out among 18,794 volunteers. Twenty-eight days after receiving the first dose (and 7 days after the second dose) of the vaccine or placebo, showing a 91.4% efficacy rate for the Sputnik V vaccine.

The vaccine is also going through phase 3 trials in Belarus, the United Arab Emirates, India, and Brazil, while Mexico will join the trials once the developers get approval from the Mexican regulatory authorities.

Sputnik V, which became the first-ever registered coronavirus vaccine in August, uses two different vectors based on the human adenovirus. This method allows for a longer-term immune response to built up as compared with vaccines based on one and the same vector for both doses. According to scientists, it is expected to grant immunity for at least two years.