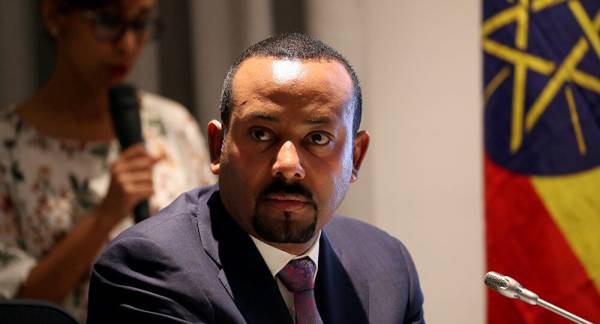 An armed conflict between Ethiopia’s government and the Tigray People’s Liberation Front (TPLF) started earlier in November after the government accused Tigray forces of conducting an attack on a military base in the region.

The State of Emergency Fact Check Twitter account shared a now-deleted tweet by BBC Monitoring which quotes Ahmed as saying that the military operations in the restive Tigray region will go on regardless of civilian casualties.

We would like to alert all that PM @AbiyAhmedAli has never said these quoted words and hold @BBCMonitoring responsible for spreading disinformation. The tweet has been deleted 4 hours after spreading something that was never said. @BBCWorld pic.twitter.com/VPVeVQZRRg

​The BBC Monitoring service analyzes media trends worldwide and provides daily rundowns of regional news coverage on a subscriber basis. As a subsidiary of the BBC World Service, it is backed by the UK’s Foreign Office and is separate from the license fee-based public broadcaster in the UK.

Fighting erupted in northern Ethiopia earlier this month when the central government accused the Tigray region’s political forces of conducting an attack on a military base in the region. The brewing standoff came to a head after the region’s authorities pushed ahead with general elections without an OK from Addis Ababa. The elections saw an overwhelming victory for the Tigray People’s Liberation Front (TPLF), a political force that dominated Ethiopian politics for nearly two decades before being ousted from power by Ahmed’s new government in 2019.