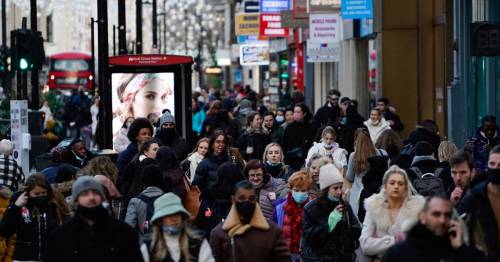 The end of the pandemic is 'in sight' but there will be some 'bumps' before we can get there, a WHO expert has said.

It comes as nearly 15 million positive cases have been recorded in the UK, with the number of deaths topping 151,000, the latest government figures show.

Worldwide, there have been more than 317m cases while the number of deaths have reached 5.5m.

Dr David Nabarro, the World Health Organisation's special envoy on Covid-19, told Sky News: "I'm afraid we are moving through the marathon but there's no actual way to say that we're at the end – we can see the end in sight, but we're not there.

"And there's going to be some bumps before we get there."

Professor Graham Medley, a member of the Government's Scientific Advisory Group for Emergencies (Sage) panel, said the shift towards living with Covid-19 would be a phased transition.

"It can't be an emergency forever," he told BBC Radio 4's Today.

"So at some point it will have to stop being an emergency but that is likely to be a phase out rather than an active point in time where somebody can declare the epidemic over."

It comes as Boris Johnson said he would "act according to the science" around cutting the self-isolation period for Covid-19 cases.

Experts are examining whether the period could be cut from seven to five days for cases, something which would help ease staffing crises across the economy and public services.

Mr Johnson also pledged that free lateral flow tests would be available for "as long as it is necessary" as ministers considered how to move to a position of living with Covid-19.

The Prime Minister said testing was an important line of defence, along with vaccinations, in the face of the Omicron wave.

People wearing face masks out and about in Liverpool city centre
(

The Prime Minister is under pressure from Tory MPs to commit to ending restrictions and shift to a position where Covid-19 is treated in a similar way to other illnesses which do not require state interventions.

There is also a debate in Cabinet about cutting the self-isolation period, as the United States has done.

Chancellor Rishi Sunak is among ministers keen on the economic benefits of reducing the period from seven to five days, according to the Daily Telegraph, while Education Secretary Nadhim Zahawi has suggested the move could help ease staffing problems.

Asked about the issue on a visit to a vaccine clinic at a pharmacy in his Uxbridge constituency, Mr Johnson said: "The thing to do is to look at the science. We are looking at that and we will act according to the science."

Following reports that the supply of free lateral flow devices will end as part of the Government's plan to live with Covid, Mr Johnson said: "We are going to have to make sure we continue to use testing as one of our most important lines of defence for as long as is necessary."