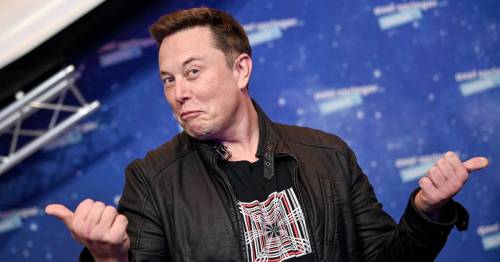 The world's richest man, who last month secured a deal to acquire Twitter for an eye-watering $44 billion (£35 billion), wrote: "If I die under mysterious circumstances, it's been nice knowin ya".

Followers on the social network were quick to speculate about what the post could mean, with some drawing parallels with tweets by anti-virus software entrepreneur John McAfee who died in a Spanish prison under mysterious circumstances in 2021.

McAfee was arrested and charged with tax evasion in October 2020 shortly after the US Securities and Exchange Commission (SEC) revealed it had brought separate civil charges against him.

The US government regulator charged the businessman for touting cryptocurrencies to his Twitter followers without disclosing that he was paid to do so.

Less than a fortnight later McAfee, referencing convicted paedophile Jeffrey Epstein who was alleged to have killed himself in a New York jail in 2019, tweeted: “I am content in here. The food is good. All is well. Know that if I hang myself, a la Epstein, it will be no fault of mine.”

The British-American computer programmer was found dead in his Barcelona prison cell in June last year hours after Spanish authorities ordered his extradition to the US. A post-mortem found he killed himself and a Spanish court, earlier this year, ruled that he died by suicide.

Tesla CEO Musk has previously found himself in hot water with the SEC over a 2018 tweet in which he said he had the funding to take the electric car firm private.

The billionaire was questioned by the SEC amid speculation that his social media activity was intended to affect Tesla's stock price.

And last month a US judge rejected Musk's appeal to throw out a settlement he reached with the SEC that required his tweets to be approved by a Tesla lawyer before being published.