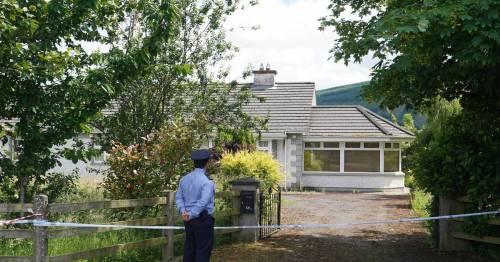 Elderly couple found dead in home may have been dead for 18 months, police say – World News

The bodies of an elderly couple found dead in their home may have laid there for almost two years, police believe.

Nicholas (who also went by Nick) and Hilary Smith, aged 81 and 79 respectively, were found inside their house in the area of Cloneen, County Tipperary on Monday, June 20, reports the Irish Mirror.

Locals in the area said they alerted the police after noticing the grass in the couple's home was growing wild, and there was no activity in and amongst the house.

The couple – originally from the UK – lived in a white pebble-dashed detached bungalow, situated along a rural road.

Gardaí made the grim discovery after making their way to the scene on Monday.

Neighbours put down Nicholas, 81, and Hilary Smith's, 79, absence from the town as them moving away

They now believe the couple may have died as long ago as November 2020 when they were last seen in the area – despite the couple’s cars being spotted parked at the back of the property.

Locals had known the couple were due to travel to France at that time and that someone had been asked to cut their grass while they were away.

A local source said on Monday: "Some neighbours thought they had moved away but sadly that wasn’t the case.

"The couple very much kept to themselves and not many would have known them personally but only on hello terms if they passed them walking or that sort of thing.”

The scene was sealed off for an examination by the Garda Technical Bureau which took place on Monday evening.

The bodies of Nick and Hilary Smith were brought from the property on Monday night to University Hospital Waterford for a full post-mortem examination after the scene was examined by the State Pathologist.

The local local councillor has described what has happened as 'tragic'

Gardai confirmed that an investigation into “all circumstances” has been underway since Monday but early indications show that there may have been no foul play. There was no sign of forced entry at the house.

It's understood post-mortems on the bodies on Tuesday were inconclusive and gardaí now hope to use laboratory and toxicology tests to determine the cause of death because of the condition of the bodies. Dental records and DNA were used in the identification of the deceased.

Irish police are also conducting a search of the house for bills, bank statements and food with best before dates to narrow down the date they were last believed to have been alive.

Detectives are also making enquiries as to whether the tragic couple have relatives in the UK and will make efforts to contact them.

Gardai from Clonmel will conduct door-to-door enquiries to try and determine the last known sighting of the couple and have appealed for anyone with information on the couple’s last known movements to contact them.

Several upset locals in the tight-knit community of Cloneen, have spoken of their shock as they try to come to terms with the double tragedy.

“It’s such a shock for everyone. It seems their bodies were there for a long time,” one said.

“They told people they were emigrating to France or somewhere in late 2020 so people were under the assumption they had moved away,” a shocked local told this paper.

Another said: “It’s wicked shocking. Something like this has never happened around here before. I just can’t understand it. Everyone is in shock.”

Local councillor and publican of The Thatch pub in the village, Mark Fitzgerald said he too has been left shocked over the couple’s deaths.

“As a local councillor and publican you’d think that you’d know everything but up until this tragic event I never heard of the couple or seen them.

"We are a small, tight-knit community and everyone is in shock and disbelief. One local said to me ‘Mark, you see these things on the news and you never expect it to be coming live from our village."

Gardaí say they are keeping an open mind in their investigation into the double tragedy.