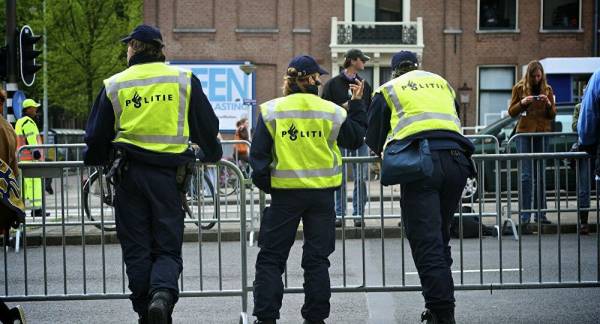 Police said on Tuesday that they were detaining demonstrators who were ignoring orders from the mayor of The Hague.

Dutch police have dispersed and arrested dozens of demonstrators who had gathered at the Hague’s Central Station to protest against government measures to curb the spread of the coronavirus, according to the ANP media outlet.

The municipality had designated the Koekamp as the location for the rally on condition that the demonstrators would follow the instructions of the police and keep a distance of at least 1.5 meters from each other. ​However, police say the protestors did not follow the rules.

In response, the mayor of The Hague Johan Remkes ordered the break up of the demo, which, according to estimates, saw some 200 participants.

Police said in a statement that they were “detaining demonstrators that ignore the mayor’s order”.

Videos from the site of the gathering as well as from inside a bus carrying those arrested have been doing the rounds on social media:

The number of confirmed coronavirus cases in the Netherlands surged by 317 to 41,087 on Tuesday, with 86 new deaths, bringing the total death toll to 5,168, according to the National Institute for Health (RIVM).

Previous : UK Unions Refuse to Support Government’s Back-to-Work Plans Amid Safety Concerns
Next : In clamor to reopen, many blacks feel their safety ignored