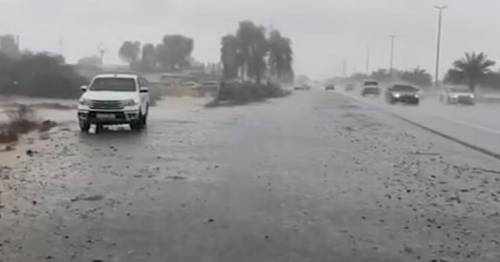 As mother nature hasn't helped till now, Dubai has come up with its very own way to create rain as it grapples with a 50C heatwave.

The city in the United Arab Emirates (UAE) has come up with drone technology that "shocks" clouds into producing rain.

It is part of multi-million efforts to tackle the blistering weather and bring up the meagre average of just four inches of rainfall a year in the Middle Eastern country.

The country – one of the most arid on Earth – is currently grappling with a heatwave that regularly sees residents roast in temperatures of 50C.

Its National Center of Meteorology has as a result started trialing using the drone technology, which unleashes electrical charges into clouds.

What do you think of this ? Let us know in the comments below 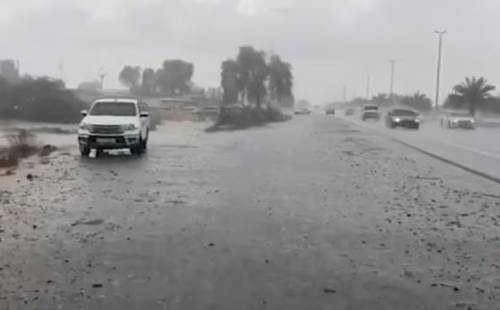 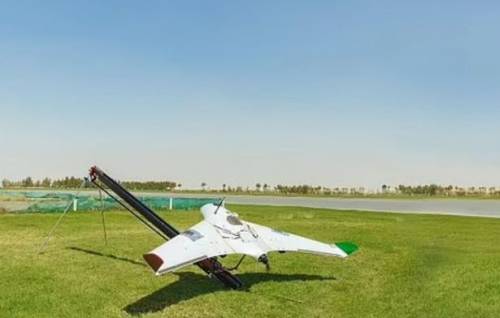 Such method, known as cloud-seeding, prompts the clouds to clump together and form precipitation.

Spectacular footage released by the NCM shows the monsoon-like downpours battering cars as they drive through highways in scenes that would only really be seen in South East Asian countries – but definitely not the UAE.

And the drones seem to have been so effective that a yellow weather warnings have been issued in other parts of the country where the technology has also been piloted. 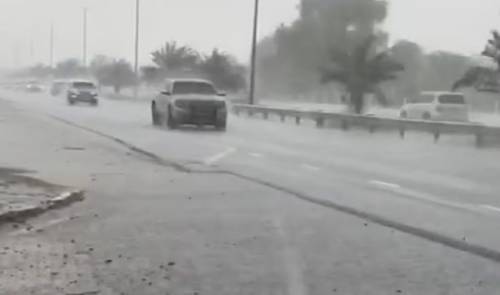 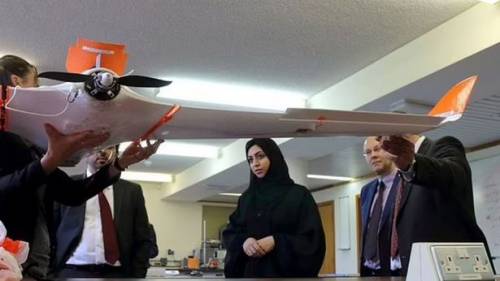 At one point the downpour was so dramatic that concerns were raised over whether the technology had gone a step too far as it had caused flooding, Wired reports.

Prof Maarten Ambaum, from the University of Reading, has been working on the cloud-seeding project, one of the nine rain-enhancing strategies being funded by the UAE since 2017.

"The water table is sinking drastically in [the] UAE and the purpose of this is to try to help with rainfall," he told the BBC earlier this year.

He said the UAE has enough clouds for the technology, which works "like dry hair to a comb", to work.

"When the drops merge and are big enough, they will fall as rain," Professor Ambaum said.