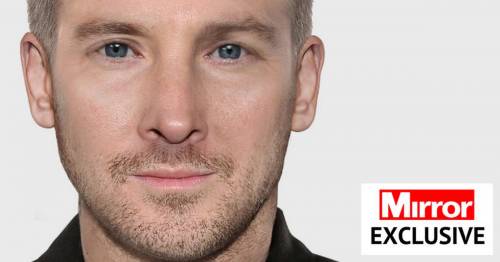 A dramatic age progression picture has been released of missing Ben Needham to mark the 30th anniversary of his disappearance.

The “incredible” image was created by a National Crime Agency-listed forensic artist, who works for police forces around the world.

It is the first age progression image of Ben in more than a decade.

It was commissioned by the Daily Mirror with the permission of Ben’s mum, Kerry Needham and South Yorkshire Police.

And now Kerry wants to “blow up the internet” with the new image of her son, who disappeared when he was 21 months old.

This Friday it will be 30 years since Ben Needham vanished from the Greek island of Kos on July 24th 1991.

Has someone you love been missing for years? Email webnews@mirror.co.uk 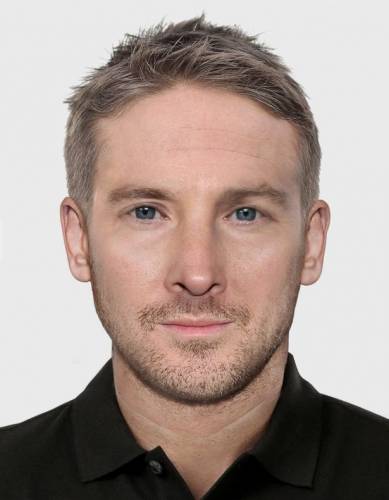 His grandparents, who were helping to renovate an old farmhouse, were babysitting while Kerry worked at a nearby hotel.

South Yorkshire Police believe Ben died in a horror digger accident but Kerry and her family are not so sure.

“Wow! I’m gobsmacked. I’m actually blown away ,” Kerry, 49, said as she saw the artist’s impression of her son for the first time.

“You know when you imagine what someone would look like, that’s it! It’s like someone I know staring back at me.

“This is how I have imagined him looking in my head. I can’t stop looking at it.

“It hasn’t upset me at all, actually quite the opposite. I find it comforting and calming.” 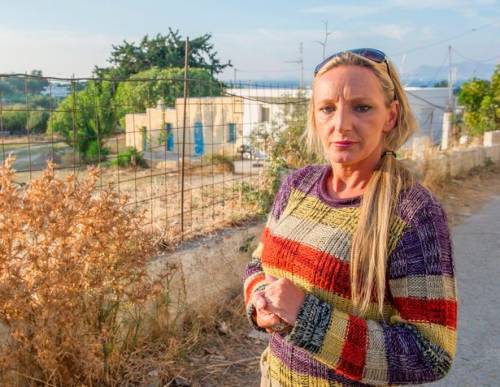 Mother Kerry Needham at the farmhouse on Kos where the latest search is concentrated
(Image: MDM)

Kerry has been searching for her missing son Ben for three decades.

South Yorkshire Police have since said they believe Ben was involved in a horror digger accident and his body moved.

But they still gave their permission for the artist impression to be made which has now been added to their files.

The forensic artist created the image by using Ben’s childhood photographs and photos from the whole family. 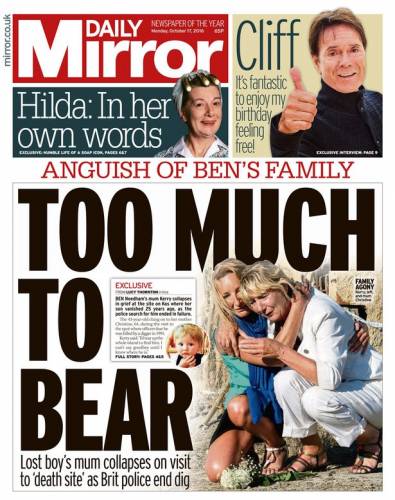 The Mirror has been telling the story of the search for years
(Image: Daily Mirror) 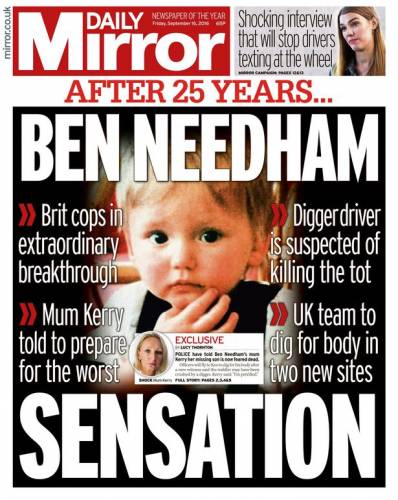 How we reported the case on the 25th anniversary
(Image: Daily Mirror)

He has since sent a full report about the image to detectives investigating Ben’s disappearance.

Kerry, originally from Sheffield, who has a daughter called Leighanna, gave her permission for the age progression to be carried out.

She said her whole family has been left “stunned” by the image which “looks just like us”.

“I think everyone is kind of gobsmacked. It’s so life-like and it’s like a picture. He looks bloody gorgeous,” she told The Mirror.

“Now I want the world to share it because I hope that he recognises himself. 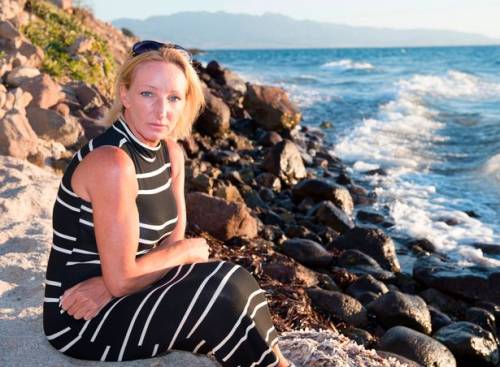 “It’s quite a distinctive photo, his eyes. When I look at that, that is my family looking back at me.

“If I saw him in the street I would be: ‘Wow, you are related to me.’ It’s that kind of feeling. Even down to the lines on his forehead. Even having a little bit of stubble, it is genius, absolutely.

“We want to try and get this image far and wide, just in case he is out there.

“This photograph is easily recognisable and if someone comes across that picture, they will go ‘that’s me’.

“The other ones did not look life-like, they were drawings. That’s a human being staring back at me.

“I was pleased South Yorkshire Police approved the age progression taking place because I am more inclined to believe Ben is alive than was killed in an accident.”

Her daughter Leighanna, aged 27, said of the image: “It’s shocking. I recognise him, I don’t know if that’s because it’s based on my face but he looks so familiar.

“It shows the resemblance of the family, for us to think ‘bloody hell’.

“It was a really strange sensation because in my head I automatically recognised that person. I wasn’t expecting it in so much detail.

“It’s absolutely brilliant. The police are really happy with it too.

“It had a really saddening effect too though, because my mum does not know what her child looks like and that’s bloody unfair .

“We want to share this worldwide. Somebody out there must recognise this person.

“There’s a chance his skin could be a lot darker, depending on where in the world he is. ”

Kerry added: “It has to go far and wide. It’s truly amazing. We need to blow up the internet with this image.”