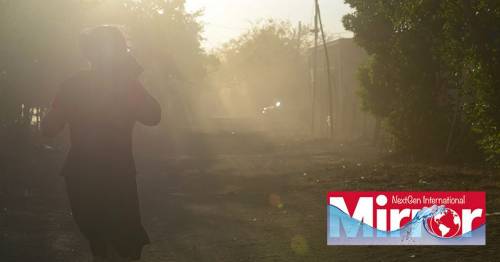 In the next part of our NextGen International project, young people from Nicaragua share their stories of the climate emergency. Here, Marcos Vargas, who volunteers with our charity partner Raleigh International, writes how demand for peanuts in the UK and Europe is driving unnatural dust storms in Nicaragua. Find out more and support the work of Raleigh International here.

Doors are bolted closed, shutters on windows come down and people put on their facemasks.

This is no lockdown, but a normal summer in the Central American city of Leon, Nicaragua, which is plagued by unnatural dust storms every year – because of demand for peanuts in the UK and Europe.

Peanuts are one of Nicaragua’s biggest exports but because of the way they are farmed, every summer cities suffer from dust whirlwinds, which affect air quality.

Peanuts are one of Nicaragua's biggest exports
(

“Before the pandemic I used to wear face masks due to dust storms. Our houses are never clean,” says Pedro Caballero, a 22-year-old student, living in the Chacraseca district of León’s rural area, which is devoted to agricultural production.

“Throughout my life I have suffered from dust blisters and for me summer is the worst season. I am always sick during the dusty season and I just have to wait for winter to come.

“We have to eat quickly, we must keep the containers of water and food, doors and windows are always closed.”

He says his family are directly affected in the summer due to the house’s proximity to peanuts crops.

“I live in an agricultural community surrounded by crops and the most terrible time is after the peanut harvest. The soil is completely arid, the land remains loose and when the wind blows the houses are completely covered with powder,” he adds.

This crop is being exported in record quantities to Europe.

In 2018, 64,000 tonnes of peanuts were sent to the UK, accounting for 70% of total Nicaraguan peanut exports, leading Nicaraguan soils to be overexploited.

Marcos walks through a field where they grow peanuts
(

The problem existed before peanut farming when the land was used for cotton but that made way for peanut cultivation in the 1950s.

Since then, the land has been decimated because the soil has been exploited far beyond what is sustainable.

The dust gets so bad in Leon, it’s referred to by some residents as the Eternal Black Summer.

The dust from the fields blows into nearby towns
(

Hanzell Benavides, 26, who volunteers with Raleigh International, says: “It leads to respiratory diseases and poor sanitary conditions of the areas when peanut crops are cut every six months during the summer.

“The worst thing about dust storms in León is how irritated your eyes and skin get due to the excess of dust.

“You can’t blink without feeling dust grains in your eyes, and can’t cough without inhaling dust particles.

“Even the traffic gets worse, drivers cannot see the street and businesses are forced to close.”

Marcos holds a peanut crop among the dry soil
(

After harvesting the peanuts, farmers collect the stubble, which is the remaining stem and leaves of the plant rooted in the ground, and it’s then sold on as cattle feed.

But this process removes any remaining plants and nutrients in the ground, leaving only dirt which then causes the dust storms.

Dr Xiomaea Castillo has studied the soils where peanuts are grown
(

In addition, the soils lose substantial amounts of fertility every time one of these whirlwinds occur.

And trees, a natural windbreaker, have been cut down to make way for more agricultural land which causes the dust to blow into nearby communities.

Dr Xiomara Castillo, a soil scientist from León, explains: “Peanut farming is a good example of how agriculture increasingly degrades our soils.

Marcos examines one of the crops
(

“The process of peanut farming, primarily during harvesting, involves tractors lifting the root structure of the peanut, which contains the peanut kernel and by straining and filtering, all the fine particles are removed from the soil.

Among the companies that import peanuts from Nicaragua is KP, one of Britain’s biggest peanut brands.

A spokesman said: “We have a strict supplier selection policy, which includes a requirement that suppliers comply with our Responsible Sourcing Policy and includes the obligation to be a member of SEDEX.

“We have a long-standing partnership with our supplier in Nicaragua, which deals directly with the farmers it sources from. Nicaragua is one of the poorest countries in Central America and agriculture forms a significant part of the economy.

“We are aware of the challenges related to dust storms during the dry season, which pre-dates the peanut industry in Nicaragua, and we are committed to working in partnership with our supplier to help influence the use of more sustainable and regenerative practises across the region.

Raleigh International is a global youth action organisation supporting a global movement of young people to take action for the planet.

Young people are at the forefront of building a fairer, more inclusive and greener world, and are actively confronting the planet’s most urgent crises through Raleigh International’s Action Not Excuses global campaign.

Dame Chance – meaning ‘to give a chance’ – is an Action Not Excuses campaign led by young people in Nicaragua to reduce deforestation and improve green livelihoods. 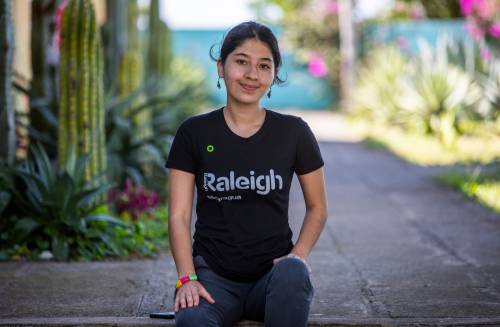 Through the work of this Action Not Excuses campaign, young people from rural communities are developing new job opportunities and working with local communities to conserve and protect Nicaragua’s precious forests.

“The use of Good Agricultural Practices is a contractual requirement for all farmers that supply to our peanut supplier.

“Since 2012, our supplier has worked in coordination with the Nicaraguan Environment Ministry to plant 960,500 trees, the equivalent of 649 hectares in Nicaragua.

“The planting of trees is a key strategy to stabilise soils, restore watersheds and create living barriers to reduce dust storms. Our supplier is working towards a long term goal of reforesting a total of 3,000 hectares of trees by 2027.”

The Daily Mirror’s NextGen International project builds on the success of our UK initiative, where we gave young people a voice and published the stories that matter to them.

Now the project has gone global, focusing on the climate emergency and empowering young people in six countries to tell their stories of how they have been affected by the crisis.

Countries taking part in the project are Nigeria, Nicaragua, the Solomon Islands, Brazil, Nepal and Mongolia.

The project was originally working with a group of six teenagers in Kabul, Afghanistan, with our charity partner Save the Children.

Midway through the project in August, Kabul fell to the Taliban and it was no longer safe for the young people to continue.

Afghanistan was chosen because it is one of the countries most affected by climate change in the world.

It is hugely regrettable the project was unable to complete in the country but the safety of the young people involved was paramount.

The Mirror was awarded funding from the European Development Journalism Grants, supported by the Bill and Melinda Gates Foundation.