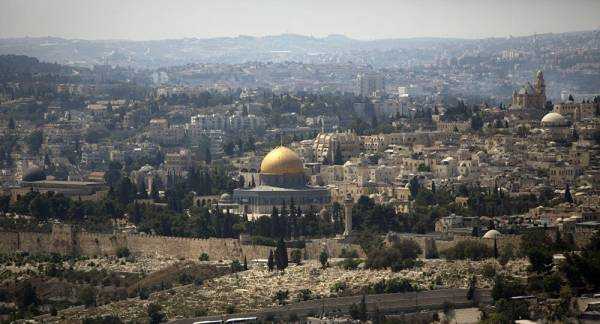 Publicly, the US vows to give its support to Israel’s plans to extend its sovereignty over some parts of the West Bank. Under the surface, however, reports have emerged that Washington might be interested in scrapping its backing, especially now that pressure on President Trump mounts.

Israel’s Prime Minister Benjamin Netanyahu will be able to introduce a bill extending sovereignty over some parts of the West Bank to the country’s Security Cabinet and the Knesset starting 1 July, according to the coalition agreement between the prime minister and Blue and White party chief Benny Gantz.

The deal also stipulates that the PM will be able to do that only after obtaining a “full agreement” from the US administration.

Publicly, Washington — which rolled out its Middle East peace plan back in January — seems to back the idea of greenlighting Israel’s ambition to extend its sovereignty to the Jordan Valley, which accounts for some 30 percent of the predominately Palestinian West Bank.

Two weeks ago, Secretary of State Mike Pompeo said it was solely an “Israeli decision” on whether to go ahead with the sovereignty plans but reports emerge that the US is now dragging its feet with regards to the move.

First, there was a report suggesting that Washington would not support the extension of Israeli sovereignty unless Tel Aviv agreed to sit down for talks with the Palestinians, something that both sides have been reluctant to do.

And then, it was reported that the Blue and White alliance had reached an agreement with the Trump administration, with the US President allegedly agreeing to scrap the idea of the takeover.

For Marc Zell, vice president of Republicans Overseas and a person considered to be close to the Trump administration, these claims are groundless.

However, history shows that in the complex reality of the Middle East, where things change rapidly, words can be broken and support can be withdrawn.

In 2017, for example, the US president stirred controversy after saying he didn’t believe Israeli settlement growth in the West Bank was “good for peace”, a sharp reversal of comments made by the White House some time earlier.

Another U-turn was made in 2019, this time in Syria, when Trump decided to withdraw his troops from the war-stricken country, leaving the Kurds, who have been American allies for years, exposed to the attacks of both Daesh fighters and the Turkish army.

This time too, Washington might want to reconsider its policy as pressure mounts to scrap its support for Israel’s plan to extend sovereignty over part of the West Bank.

Several days ago, 11 EU ambassadors, from Germany, France, Italy, Spain and other states warned Israel of dire consequences if it moved ahead with its sovereignty plans, while the Palestinians threatened to stop all security coordination with the Jewish state, following the uproar the peace deal caused in the West Bank, where 94 percent said they objected to the American initiative that presupposed a resolution to the Israeli-Palestinian conflict through land swaps and the disarmament of groups like Hamas, which threaten Israel.

However, that might still change as election day nears in the US. A recent poll suggests that 56 percent of voters in 12 battleground states believed Trump’s foreign policy has made America less respected in the world, while 31 percent expressed the opposite view.

Zell, however, disagreed: “public opinion doesn’t care about what’s going on in Israel. Their primary concern is COVID-19, the collapse of the economy and the high unemployment rates…Public opinion will not be a factor in this decision…So I don’t see any reason to expect a U-turn at this point”.