Defense Secretary Esper: US ‘Had Nothing to Do’ With Attempted Raid in Venezuela 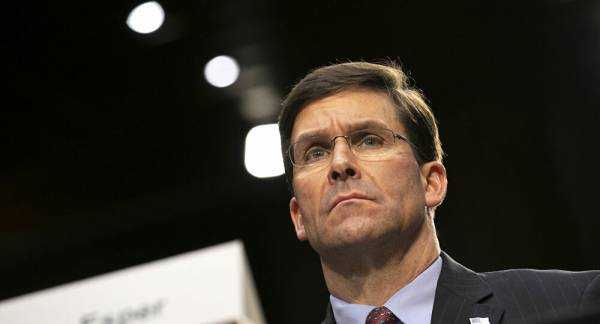 Following an attempted coastal assault on western Venezuela by mercenaries attacking from neighboring Colombia over the weekend, US Secretary of Defense Mark Esper told reporters at the Pentagon on Tuesday, “The United States government had nothing to do with what’s happened in Venezuela in the last few days.”

On Sunday, Venezuelan Interior Minister Nestor Reverol announced on Venezuelan television that “a group of terrorist mercenaries coming from Colombia attempted a sea invasion, with the objective to commit terrorist attacks in our country, assassinate leaders of the revolutionary government and to increase the spiral of violence, generate chaos and confusion among the population, and with this, to attempt a new coup d’état.”

The two men operated with a third: Jordan Goudreau, founder of private contracting firm Silvercorp USA, who claimed responsibility for the attack, which he called “Operation Gideon,” in a video posted on YouTube on Sunday. Goudreau spoke alongside Javier Nieto, a retired Venezuelan army captain who now opposes the government of Venezuelan President Nicolas Maduro.

Guaido has staged several attempted coups d’etat since declaring himself interim president in January 2019, and Washington has implemented severe sanctions and organized sympathetic governments in support of Guaido’s attempts. US President Donald Trump placed in charge of that effort Eliot Abrams, who in the 1980s organized similar efforts in several Central American countries by funneling funds and weapons to death squads seeking to overthrow governments that rebelled against Washington’s rule.

“There’s no way this would happen without US involvement,” Kevin Zeese, co-director of Popular Resistance and one of the founders of the Venezuelan Embassy Protection Defense Collective, told Radio Sputnik’s Political Misfits on Tuesday. “They have clear ties to the United States and this is part of a long-time regime change operation.”

Zeese told Sputnik that during his visits to Venezuela in the last few years, his sense was that “US attacks were uniting people around Maduro,” adding that extensive social programs, including building millions of public housing units and providing subsidized, low-cost food for millions of families, as well as defeating ill-planned coup attempts like this one.

Previous : WHO: Paris Hospital’s Discovery of COVID-19 Case From December ‘Not Surprising’
Next : Australia, New Zealand to Introduce ‘Travel Bubble’ Between Two Countries