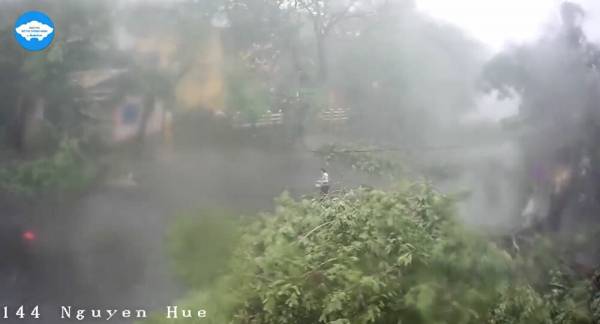 The latest update on casualties from Vietnam on Sunday stated three deaths.

According to the report, four people have now been confirmed dead in the Thua Thien Hue province, one person in the Ha Tinh province and one in the Quang Binh province.

As Storm Noul battered the central regions in #Vietnam, police and soldiers carried out a dramatic rescue to save 30 people trapped by flash #floods. Stay safe Vietnam. pic.twitter.com/qCLnURVVPC

​The storm reportedly blew off roofs from some 1,700 houses and knocked down over 10,000 trees. Due to damaged power lines, more than 280,000 households were left without electricity.

​Noul made landfall in Vietnam and peaked this past Friday, gradually losing force and eventually turning into a low-pressure zone with subsequent heavy rains and flooding.

Reports of massive floods have come from cities of central Vietnam, including Da Nang. The flooding has stretched upon neighbouring Laos, Cambodia and Thailand as well.

Noul is already the fifth tropical storm to form in the South China Sea and turn into a hurricane. Vietnamese meteorologists forecast between 11-13 such tropical storms to form throughout 2020, of which at least half is expected to impact the country.