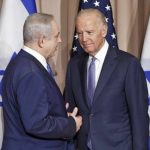 ‘Deadlock’ in Talks with US on Iran, Palestine Reportedly Rooted in Israel’s ‘Political Paralysis’ 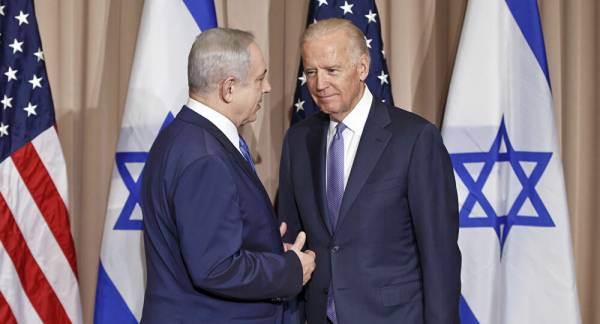 From the Iran Nuclear Deal to a two-state solution for peace in the Middle East, a plethora of issues are waiting to be discussed between the US and Israel, while the latter is mired in political uncertainty and instability, with analysts waiting to see if parties are able to cobble together a coalition after the recent parliamentary elections.

US President Joe Biden would work readily with whoever forms the next coalition in Israel, a senior US official was reported as saying evasively ahead of the parliamentary elections in the country, according to The Times of Israel.

The Washington-based anonymous source had been asked whether Washington would prefer an extension of Prime Minister Benjamin Netanyahu’s lengthy tenure or looked forward to a new lawmaker emerging to take over.

“Hopefully there’ll be an end to the deadlock,” the official was quoted as adding, feeding into speculations of some analysts regarding the ‘continued political paralysis’ in US-Israeli ties, writes the outlet.

As a result of the country’s fourth parliamentary elections that began on 23 March, no coalition secured a necessary parliamentary majority of 61 votes in the 120-seat Knesset.

After every vote has been counted, Israel’s ruling Likud party, led by Prime Minister Benjamin Netanyahu, became the largest seat-holder, with 30 seats in the governing body.

FILE PHOTO: Israeli Prime Minister Benjamin Netanyahu gestures while standing near a voting booth as he prepares to cast his ballot in Israel’s general election, at a polling station in Jerusalem March 23, 2021.

With neither the pro or anti-Netanyahu blocs wielding the majority necessary of 61 votes, if the new convocation fails to form a government in the allocated time frame, it will also be dissolved.

This could set the country on course for the fifth elections in less than three years, possibly scheduled for the fall of 2021.

In light of these developments, the sources cited by the outlet believe that while there are issues on which Israel can cooperate with the US even if it continues to be ruled by a transitional government, the more challenging policy matters, which are contentious in the Jewish state itself – might be temporarily shelved.

Ahead of a need to hammer out a long-term policy with its ally state, Joe Biden’s administration is seeking an end to the ongoing political instability in Israel, claim sources.

“This makes things a lot more difficult for the Biden folks. The longer this goes on, the more difficult it becomes for any administration to do any type of long-term planning with the Israelis on anything that isn’t an emergency, when you have a transitional government and there’s no idea who’s going to be prime minister,” the Israel Policy Forum’s policy director Michael Koplow was cited by The Times of Israel as saying.

“The overarching concern is uncertainty… that in it of itself is a challenge for any partnering nation. The longer uncertainty continues, the harder it is to sustain common effort on issues, especially on matters on which there are some differences between different parts of the Israeli political spectrum,” added the director of the Center for Middle East Policy at Brookings Institute, Tamara Wittes.

According to experts, the question of whether Netanyahu will remain in power has impacted current US-Israel relations.

“It does over time become more and more of a challenge for an effective, broad-based bilateral relationship,” added Wittes.

As for Washington’s Middle East strategy, seemingly aimed at restoring ties with Iran, the US and Israel have had no trouble coordinating on this issue, believe analysts.

Despite President Joe Biden and Israeli Prime Minister Benjamin Netanyahu having sharply contrasting views of the 2015 Iran nuclear deal, also known as the 2015 Joint Comprehensive Plan of Action (JCPOA), the US and Israel have since elected to reconvene the strategic working groups, headed by the their respective national security advisers, Jake Sullivan and Meir Ben-Shabbat, reported Axios in late February.

In 2015, Iran signed the JCPOA with the P5+1 group of countries, which required Tehran to scale back its nuclear programme and downgrade its uranium reserves in exchange for sanctions relief.

However, in 2018, the-president Donald Trump unilaterally pulled the US States out of the deal, citing violations of the accord, and re-imposed sanctions on Iran.

A working group between the US and Israel was established in the early days of the Obama administration following a White House visit from Netanyahu in 2009.

‘US must lift all sanctions before Iran returns to #JCPOA commitments’.@khamenei_ir pic.twitter.com/JVhaejbWuQ

​Ever since the initial outburst, when IDF chief of staff Aviv Kohavi criticized White House plans to return to the Iranian nuclear deal days after Biden’s inauguration, there has been no follow-up from other senior Israeli officials, said Koplow, adding, “It’s hard not to notice.”

The more immediate issues regarding the West Bank and Gaza are, however, likely to suffer from an extended period of political instability in Israel, believe experts.

Acting US Ambassador to the UN Richard Mills stated in late January that President Joe Biden’s administration backs a two-state solution between Israel and the Palestinian Authority, but will “maintain its steadfast support” for the Jewish state.

The two-state approach stipulates creating a Palestinian state that will peacefully cooperate with the existing Jewish state. This is something Palestinians have been seeking diplomatic recognition on the territories of the West Bank, including East Jerusalem, which is partially occupied by Israel, along with the Gaza Strip.

However, the Israeli government, along with a group of other countries, such as France, the US, the UK, and Germany, refuses to recognise the Palestinian Authority as an independent political and diplomatic entity.
Tel Aviv has been proceeding with the construction of settlements in the occupied areas despite objections from the UN.

Demonstrators hold Palestinian flags as an aircraft carrying Israeli Prime Minister Benjamin approaches to land near the heritage site of ancient Susya, during a protest against Netanyahu’s visit to the site, in Susya village in the Israeli-occupied West Bank March 14, 2021.

Under the Middle East peace plan unveiled by then-president Donald Trump in late January 2020, Israel would incorporate settlements in the West Bank and the Jordan Valley and keep Jerusalem as its “undivided capital”.
Initial US plans to see Israel limit settlement construction will likely be placed on hold, claim analysts cited by the publication.

“I don’t know how you [reach such an agreement] in the context of another election when Prime Minister Netanyahu is going to keep on running around for another five or six months talking about legalizing [West Bank outposts],” said Michael Koplow.

As for the US-spearheaded drive to have more countries consider normalizing ties with the Jewish state, this may reportedly be paralyzed due to lack of permanent government in Israel.

The United Arab Emirates was the first country to forge ties with Israel as part of the Abraham Accords on 13 August 2020, rendering the UAE the third Arab country after Egypt in 1997 and Jordan in 1994, to formally do so. Relations between Bahrain and Israel were also normalized in 2020, while at the end of last year Morocco followed suit.

Tamara Wittes of the Center for Middle East Policy at Brookings Institute summed up:

“The real problem is the uncertainty and instability in Israeli politics, which makes it very hard to build a bilateral partnership on policy issues without the constant disruption of domestic politics.”

Previous : Thousands of Britons at Risk of Losing French Driving Licences Due to Brexit
Next : Germany’s Vaccine Regulator Reports 31 Cases of Blood Disorder After AstraZeneca Jab