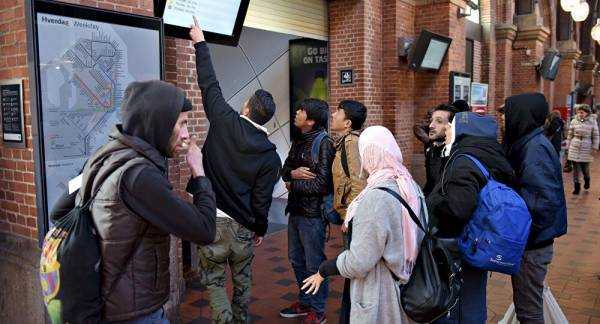 Syria, Somalia, Iraq and Bosnia and Herzegovina top the list of the countries to which asylum seekers are repatriating.

For the first time in a decade, the number of people with refugee backgrounds leaving Denmark is higher than the number of new arrivals, the country’s Integration Ministry reported.

Last year, 1,520 asylum seekers arrived in Denmark. At the same time, 2,250 immigrants with refugee backgrounds emigrated or repatriated back to their home countries, leaving the country with a negative net value of 730. By contrast, in 2015, net immigration to Denmark totalled 16,000.

Integration Minister Mattias Tesfaye, hailed this development and called these numbers “lovely”. According to Tesfaye, the government’s policy is that the refugees’ stay in Denmark is only temporary. Whenever possible, it is natural for them to return to their home countries.

Syria, Somalia, Iraq and Bosnia and Herzegovina top the list of the countries to which asylum seekers are repatriating. By contrast, more were arriving from Eritrea, Iran and Afghanistan than leaving Denmark.

Part of the credit goes to the new repatriation act, which came into force in Denmark last year. The purpose of the law is to make it possible for immigrants to leave the country voluntarily. Apart from covering travel expenses, the Danish state pays DKK 140,000 ($20,300) per adult and DKK 42,000 ($6,100) per child for each asylum immigrant returning to their home country. To make it more attractive to return, Denmark also offers help with schooling and medicine.

The minister pledged to further strengthen the repatriation sphere.

“This is one of the reasons why I decided to create a special immigration authority only tasked with helping foreigners without legal residence in Denmark go home,” Tesfaye said.

In recent years, Denmark has been gradually tightening its immigration policy, a process started by the right-of-the-centre “blue” bloc and continued under the current Social Democrat government.

Tesfaye himself is of immigrant background as his father came to Denmark from Ethiopia; he has been a cabinet minister since last June. Before joining the Social Democrats in 2015, he used to represent the now-defunct Marxist-Leninist Communist Party, the Red-Green Alliance and the Socialist People’s Party.

Previous : Why ‘Independent’ COVID-19 Probe Into China is a Political Ploy That Has No Legal Leg to Stand On
Next : Trump Awkwardly Hugs Arizona Governor Instead of Shaking Hands During Mask Factory Visit