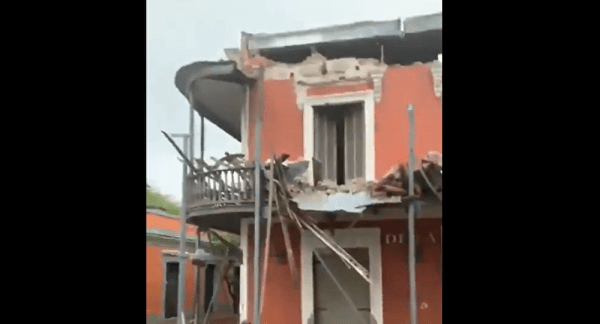 The United States Geological Survey reported earlier in the day that a 5.5-magintude earthquake hit off the coast of Puerto Rico at 11:13 UTC, with the epicentre situated 11 kilometres from Tallaboa.

Social media users have shared videos of the aftermath of a 5.5-magnitude earthquake that rocked Puerto Rico earlier in the day.

One user uploaded footage of a building with a destroyed facade in Ponce, with debris from collapsed balconies lying on the ground.

​Another video showed the impact of the quake inside a supermarket. The ceiling of the store is visbly damaged, while groceries are seen lying scattered on the floor due to the tremor.

An earthquake with a 5.5-magnitude on the Richter scale shook Puerto Rico, striking 11 kilometres from Tallaboa and at a depth of 4.3 kilometres.

The US territory suffered a 6.4-magnitude earthquake earlier this year and a series of aftershocks. The seismic activity destroyed and damaged hundreds of building and killed one person.

Previous : Edmunds: How to seek car payment relief during the pandemic
Next : ‘Divisive in Political Terms’: UK Gov’t Rejects EU’s Calls For Office in Northern Ireland