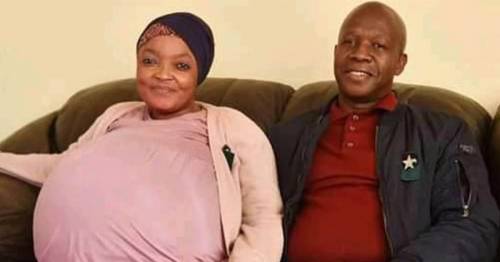 A dad whose partner reportedly gave birth to 10 babies this week is actually married to someone else, according to a woman claiming to be his spouse.

The 47-year-old alleges that her husband cheated on her with Gosiame and then moved his lover into his mum's home.

It is the latest twist in the bizarre story, which made headlines around the world and left many questioning whether Gosiame actually delivered a record-breaking 10 children.

The births were initially reported by Pretoria News, however the South African government subsequently said it could not track down Gosiame. 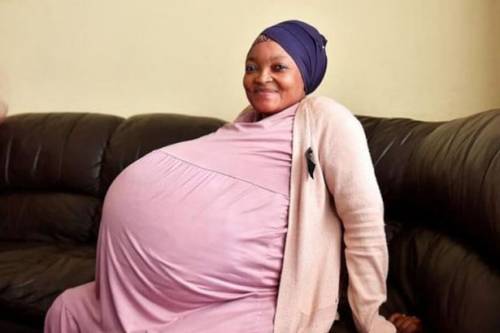 Then local officials said they had found her but could not trace any hospital records of a woman giving birth to 10 children in the area.

They alter added that they were trying to establish how many children Gosiame delivered, while Teboho insisted that the world would see the children when the time was right.

Now Sibongile has made the sensational claim that Teboho is her husband.

She claims he warned her to remain silent about their relationship, according to News24.

Sibongile said she eventually found out her husband had impregnated his lover and that she was expecting eight children.

Teboho's family then turned against Sibongile, she claims.

She told News24: "When he started his escapades of going out at night, I confronted him about the cheating…. At the time, I didn’t know who she was.

"He has not told me anything about his new 10 children. He has ordered me to not speak to the media about this matter.

"He has threatened to chase me faraway from our marital home."

She said that Gosiame moved in with her husband's mum, while she stayed at their marital home in Tembisa, South Africa.

Sibongile added that her husband lives in between the two properties.

She has dated Teboho since she was 15-years-old and in 2006 she said he paid the 'bride price' for her hand in marriage.

Since finding out about the decuplets, Sibongile said she had become depressed.

A relative and a lover confirmed to News24 that Sibongile and Teboho were married in a traditional ceremony.

Previous : Game Builder Garage review: Teaching you how to build, experiment and play your own video games – James Ide
Next : Etihad Airways is first airline to have vaccinated all of its pilots and cabin crew