COVID-19 Pandemic Could Increase Youth Unemployment in UK by 600,000 This Year 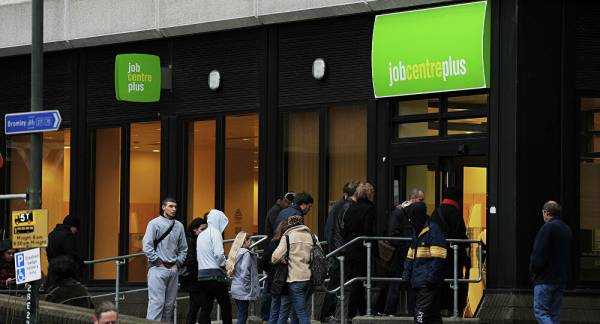 Young people in the UK’s job prospects could be scarred for years unless the government provides job guarantees or incentives for school leavers and graduates to stay on in education, a think tank warns.

Youth unemployment figures could soar by as many as 600,000 following the coronavirus crisis and affect work prospects for young people for years, a new report warns.

The study by the Resolution Foundation also suggests that the employment rates of graduates entering the labour market will be 13% lower in three years’ time.

It paints an even bleaker picture for low-skilled workers, predicting their employment rates could fall by as much as 37%.

Those who are working are likely to face reduced pay, too. The report finds that one year after leaving education, the pay of graduates is projected to be 7% lower, and 9% and 19% lower for mid- and low-skilled workers.

Research from previous recessions suggested that young people who have just left full-time education are hit harder than other age groups, said the report.

The think-tank’s report said the “corona class of 2020” – the 800,000 school leavers and graduates due shortly to join the labour market – was the most exposed age group to the likely unemployment surge caused by the economic fallout from the Covid-19 pandemic.

Given the acute challenges facing the ‘corona class of 2020’, the report says that the government should prioritise support in two areas: helping more young people to stay in education for longer, and targeting job support at those who are entering the labour market for the first time.

“The government must, therefore, work with education providers and businesses to do everything they can to limit these long-term scarring effects.”

Currently almost a quarter of UK employees are on the government furlough scheme. The job retention scheme funds 80% of workers’ wages, up to £2,500 a month. HMRC said a total of 6.3 million jobs had been temporarily laid off by 800,000 companies with claims amounting to £8 billion by 3 May.

Chancellor Rishi Sunak is preparing to wind down the furlough scheme from July as part of government plans to gradually remove lockdown measures.

The UK currently has the highest number of coronavirus deaths in Europe, according to the latest government figures.

There have been 29,427 deaths recorded across the UK – a figure Foreign Secretary Dominic Raab said “was a massive tragedy” and 194,990 confirmed cases.

Previous : Closest black hole to Earth discovered 1,000 light-years away
Next : We Have Put the First Phase of COVID-19 Pandemic Behind Us, Merkel Says