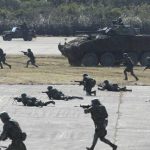 Could an Archduke Franz Ferdinand Moment Trigger World War Between US and China Over Taiwan? 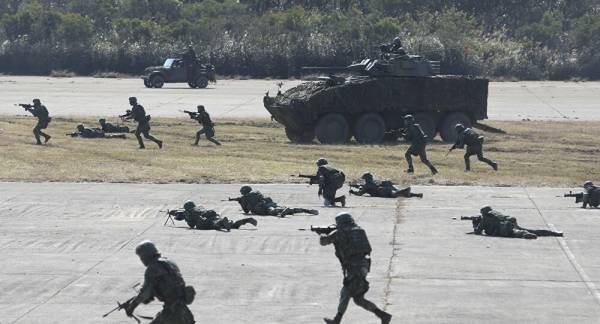 The Republic of China was founded in Beijing – which was then known as Peking – in 1912. After the nationalist KMT lost the civil war to Mao’s communists in 1949 they treated to the island of Formosa, now known as Taiwan.

China will stay resolute in deterring those seeking “Taiwan independence,” according to a draft outline of the 14th Five-Year Plan which was published on Friday, 5 March.

The plan, which sets out national economic and social development objectives between 2021 and 2025 and long-range objectives through to 2035, was approved by China’s President, Xi Jinping.

I want true Taiwan independence – independent from the US.

​For the last 70 years China and Taiwan have lived as hostile neighbours, with Beijing and its People’s Liberation Army (PLA) glaring at the rebellious island but never going so far as to invade it, largely because Taipei has had a stalwart ally in the United States.

On the Taiwanese government’s website it states: “Since (1949) the Republic of China (ROC) has continued to exercise effective jurisdiction over the main island of Taiwan and a number of outlying islands, leaving Taiwan and China each under the rule of a different government. The authorities in Beijing have never exercised sovereignty over Taiwan or other islands administered by the ROC.”

Australian newspaper reports from March 1947 alluding to the formation of the Taiwan independence movement. pic.twitter.com/qikqLLtYCq

​But in recent years several Taiwanese nationalist politicians on the island have been pressing for Taipei to declare independence from the mainland.

Such a move would be seen as a declaration of war by Beijing, which is happy to maintain the fiction that Taiwan is simply a “rogue province” which will one day accept the rule of the People’s Republic of China.

In this photo taken and released Friday, May 25, 2018, by the Taiwan Ministry of National Defense, a Taiwanese Air Force fighter aircraft, left, flies near a Chinese People’s Liberation Army Air Force (PLAAF) bomber that reportedly flew over the Luzon Strait south of Taiwan.

Tensions between China and Taiwan have been growing and there have been numerous incursions into the island’s Air Defence Identification Zone (ADIZ), which was set up by the US Air Force after the Republic of China relocated from the mainland.

On Wednesday, 3 March, the Taiwanese Ministry of Defence tweeted photographs and maps showing two PLA planes entering the south-west corner of the ADIZ.

​So what would happen if the Taiwanese shot down a PLA plane or a Chinese navy vessel sunk a Taiwanese fishing boat? Or if Xi Jinping was assassinated by a Taiwanese nationalist?

Could it trigger an escalation on the scale of what happened after the death of Archduke Franz Ferdinand in 1914?

On 28 June 1914 the First World War was triggered by a disastrous series of events after the heir to the throne of the Austro-Hungarian Empire, Archduke Franz Ferdinand, was shot dead in Sarajevo by a team of Bosnian Serb assassins.

Austria eventually declared war on Serbia – which it accused of supporting the assassins – setting off a domino effect which led to global war.

Russia backed its fellow Slavs, Serbia, and then Germany came to the aid of the Austrians, and finally Britain and France – who were bound by a mutual defence treaty – weighed in on the side of Tsarist Russia.

The Republic of China and US signed their first mutual defence treaty in 1954, five years after Mao Zedong’s communists took power in Beijing after ousting Chiang Kai-shek’s nationalist Kuomintang (KMT).

Washington continued to recognise the Republic of China, rather than the People’s Republic, as the rightful government but in 1972 President Richard Nixon, normalised relations with Mao’s government.

In 1979 President Jimmy Carter formalised diplomatic relations with Beijing and terminated the US-ROC Mutual Defense Treaty but the Americans did not abandon the Taiwanese.

Congress passed the Taiwan Relations Act which said: “The US would consider any effort to determine the future of Taiwan by other than peaceful means, including by boycotts or embargoes, a threat to the peace and security of the Western Pacific area and of grave concern to the US.”

In August 2020 the Taiwanese government increased its annual defence spending by more than US$1 billion to US$15.24 billion, most of it on American weapons.

David Helvey, the acting US assistant secretary of defense for East Asia, was quoted by Reuters as having said: “While the PLA’s actions are real and dangerous, the PLA is not unbeatable. Taiwan can, through smart investments, send a clear signal to Beijing that Taiwan’s society and its armed forces are absolutely committed to the defence of Taiwan.”

But would President Joe Biden stand by if China invaded Taiwan, even if the provocation was outrageous?

It is highly unlikely.

​Failure to protect Taiwan would be a massive blow to US prestige and would give other countries a green light to invade American allies – North Korea could be tempted to attack South Korea, Iran could be emboldened to assault Saudi Arabian interests in the Gulf.

The Biden administration would likely send the US Navy’s Pacific Fleet to protect the island of Taiwan and could even offer to station troops there until the threat has passed.

It would then be up to the Chinese to decide whether to back down or trigger what could become a Third World War.