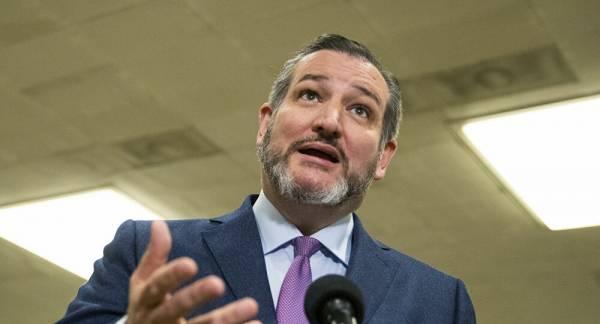 Earlier, US Secretary of State Mike Pompeo said that there was “significant” evidence that the new coronavirus had leaked from a Chinese laboratory in Wuhan.

US Sen. Ted Cruz, a member of the Senate Foreign Relations Committee, called for a major reconsideration of the US-China relationship.

“If you look at the pandemic itself, the communist government in China bears enormous responsibility, enormous direct culpability for this pandemic. We know they covered it up. We know that when heroic whistleblower doctors tried to draw attention to it last December, the Chinese government shut them up and punished them,” he added.

The same day, Mike Pompeo claimed that there were evidence that the new coronavirus had leaked from a Chinese laboratory in Wuhan.

Pompeo claimed that China has “attempted to conceal and hide and confuse” the world since the outbreak began and employed the WHO as a “tool” to do the same. The US recently cut off funding to the UN health agency after accusing it of a pro-China bias.

The total number of confirmed COVID-19 cases across the globe has surpassed 3.3 million, while the global death toll is more than 238,000, according to the World Health Organization (WHO).

There have been over 77,745 new cases registered worldwide within the last day, bringing the overall number to 3,349,786, according to WHO estimations.

On 11 March, the WHO designated the COVID-19 outbreak as a pandemic.