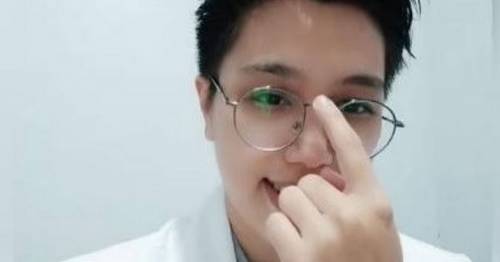 A wife found out her husband was a woman after her suspicious mum forced 'him' to strip naked.

The victim – referred to as NA in legal papers – was 10 months into her marriage before discovering the truth.

The 22-year-old entered into the relationship with someone going by the name Ahnaf Arrafif after the pair met through online dating in May 2021.

Ahnaf even came to stay with NA for a week and helped take care of her unwell parents.

But after the two got married, NA claims the fraudster conned her and her family out of thousands.

NA's mum had become suspicious when the couple moved into her home and demanded her daughter's new husband strip naked to prove "he" was a man.

She eventually confessed to being a woman called Erayani who had lied about everything.

The fraudster had claimed to be a neurologist who graduated in New York and was a coal industry entrepreneur before the couple got married after just three months of dating.

The wedding was a nikah siri arrangement, which translates to 'secret wedding' and refers to unregistered marriages in the country, recognised by religion but not by law.

This route was taken because the groom couldn't produce the civil documents required for a legal wedding.

After the ceremony, the newlyweds then moved in with NA's family and her parents quickly became suspicious when Erayani kept asking for money despite "his" lucrative-sounding career.

She also never introduced anyone to her own family and appeared to have plenty of time on her hands despite claiming to be a qualified doctor and businessman.

Erayani never took her clothes off and would even bathe with them on when others were in the house.

AA confronted her husband about the lumps on 'his' chest and was told it was a hormonal problem.

The couple eventually moved to Erayani's home and NA found herself confined to the house for several months, reports Coconut.

NA said that Erayani controlled their finances, and in April the victim's mother contacted the police who tracked the couple down.

NA appeared at the Jambi District Court in Indonesia on June 14.

She then shared her story on social media.

Commenters asked NA about their sex life and she said her partner would always turn off the lights and insisted on blindfolding her before sex.

NA's parents reported Erayani to the police for educational record fraud, claiming they were conned out of IDR 300 million (around £16,537).

Erayani is now in court for falsifying her qualifications as a doctor and claiming to be a different gender.