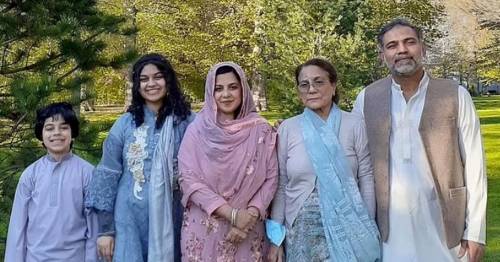 An alleged Christian terrorist laughed as police dragged him out of a blood-covered truck moments after a Muslim family was mown down, a witness says.

Nathaniel Veltman has been charged with four counts of first-degree murder in the deaths of Salman Afzaal, 46, his wife Madiha Salman, 44, their daughter, Yumna, 15, and Mr Afzaal’s 74-year-old mother Talat.

He is charged with the attempted murder of the couple's nine-year-old son Fayez, who survived the suspected hate-motivated attack that killed three generations of the family.

A witness said the truck parked behind his car and the driver was wearing what appeared to be a bullet-proof vest, a military-style helmet and clothing that might have had swastikas on it. 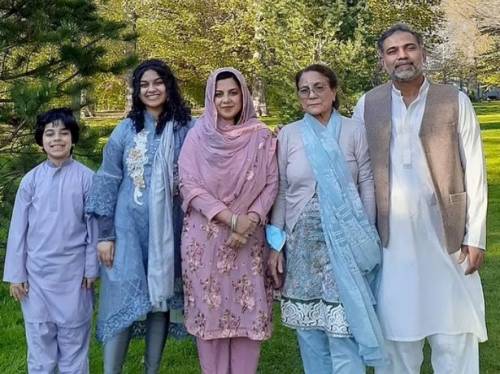 The driver of the truck lit a cigarette and allegedly told the witness to call police, saying he'd just killed someone.

The driver is said to have laughed when police arrived and got him out of the truck and arrested him in a mall car park.

Canadian Prime Minister Justin Trudeau called the incident a terrorist attack, and police in London, Ontario, believed the Muslim family were targeted because of their faith.

Police said there was no connection between the family and Veltman, the 20-year-old suspect.

A cab driver has told how the suspect laughed and asked him to call the police. 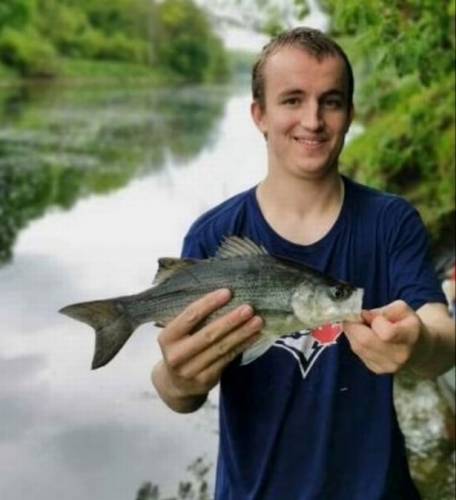 His boss, Hassan Savehilaghi, spoke to the London Free Press on his behalf because he was too traumatised to do an interview.

Mr Savehilaghi said the driver of the truck, which was "damaged with blood", was wearing what appeared to be a bullet-proof vest and a military-style helmet.

His clothing perhaps had swastikas on it, he added.

Mr Savehilaghi said: "When they got him out of the vehicle, he was laughing."

The suspect was chanting, but his words were not clear, Mr Savehilaghi told Reuters.

"He was enjoying the scene, like it was important for him to be recorded," said Mr Savehilaghi.

The Afzaal family had moved to Canada from Pakistan about 14 years ago, said devastated friends.

They were out for a walk and were waiting to cross a street at a red light when they were struck.

Fayez, the lone survivor, remained in hospital with serious injuries.

Thousands of people attended a memorial this week, and a funeral for the four victims will take place on Saturday.

Neighbour Greg Tilford, who saw the family outside their home before they were attacked, visited the scene, where flowers and other tributes were left by mourners. 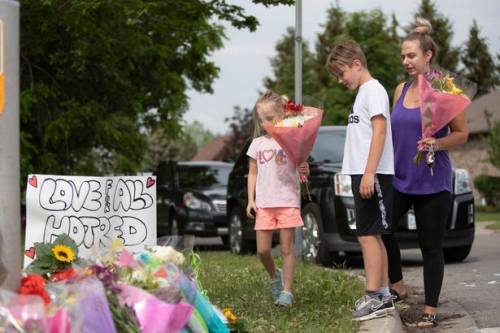 Mourners pay their respects to the Afzaal family at a memorial near the site where they were killed
(Image: AFP via Getty Images)

He told the London Free Press: “I just went there, sat on the ground and bawled. It is a loss that we lost this family.

"Salman was the epitome of a gentleman and kindness.”

Mr Afzaal was a physiotherapist at nursing homes, Ms Salman was completing a PhD in engineering, and their daughter Yumna was an honour roll student at a local high school.

Police are now considering the possibility of terrorism charges against Veltman.

Shocked friends described Veltman as a Christian who "has a great relationship with God". He worked a shift at an egg-packing plant prior to Sunday night's massacre.

Two friends told the London Free Press they had never heard Veltman say anything "hateful" about any groups.

He has no known ties to any hate groups, police said previously.

It was the worst attack against Canadian Muslims since a man gunned down six members of a Quebec City mosque in 2017.