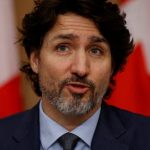 Chinese Diplomat Dismisses ‘Spendthrift’ Trudeau as a ‘Boy’, Brands Canada the ‘Running Dog of US’ 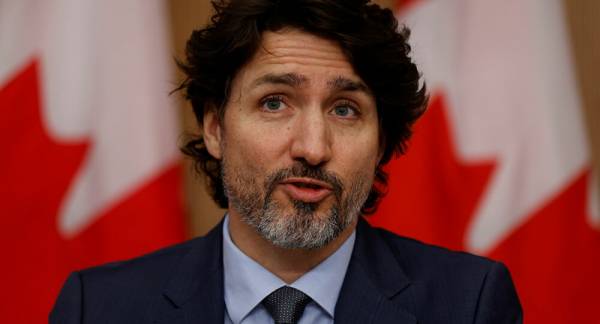 Last week Canada, along with the United States, United Kingdom and European Union, imposed sanctions on Chinese officials over alleged human rights abuses against Uyghur Muslims in China’s Xinjiang region, prompting Beijing, which has vehemently rejected the accusations, to retaliate in kind.

A Chinese diplomat has waded into the increasingly fractured relationship between the Asian country and Canada, launching a social media barrage at Prime Minister Justin Trudeau and dismissingly referring to him as “boy”.

Boy, your greatest achievement is to have ruined the friendly relations between China and Canada, and have turned Canada into a running dog of the US. Spendthrift!!! pic.twitter.com/qWCfJH4bYb

​The Chinese official, know for his often combative posts on Twitter, dismissed Trudeau as a “boy”, and “spendthrift”, while using a demeaning term to label Canada as a “running dog of the US”.

A relic of Maoist China, the term is said to describe nations “subservient” to other countries, like the United States, in this case.

​Li is previously claimed to have used his Twitter feed to denounce gun violence, “legacy of slavery” and treatment of asylum seekers in the US.

It is a historical fact that the #UnitedStates forced black slaves to collect cotton. Who on earth engaged in forced labor? Don’t scapegoat and smear #Xinjiang! There is absolutely no #forcedlabor in Xinjiang!

​Canada’s former ambassador to China, David Mulroney, responded to the Twitter post by the Chinese official as a rare and “disturbing” break from public statements by government officials, which a typically more “reserved”.

“[Li’s tweet] is a tremendous failure in Chinese digital diplomacy and soft power. It’s as if someone has decided that it’s it’s okay to let people off the leash – or they’re unable to keep them on the leash. The first troubling, the second is worrying,” Mulroney was quoted as saying by The Guardian.

The outburst came amid a flurry of tit-for-tat sanctions as the US, UK, EU and Canada cumulatively targeted four Chinese officials and one entity, the Xinjiang Public Security Bureau, on 22 March over the alleged human rights violations in the Chinese Xinjiang province, which Beijing denies. The purported abuses range from forced labour to mass detention in internment camps, and restrictions on religious freedoms.

A worker carries a sack containing raw cotton in the city of Korla in northwest China’s Xinjiang Uygur Autonomous Region on Tuesday, Oct. 10, 2006

The countries in question were slammed as engaging in political manipulation to destabilise China by a spokesperson for the regional government of China’s Xinjiang region, Xu Guixiang, as he rejected claims of “genocide” in the region.

Meanwhile, Beijing hit back with reciprocal restrictions against no fewer than 22 people and nine entities across the regions.

Chong, who led the charge in Canada’s Parliament to declare China’s treatment of Uyghurs a “genocide”, responded to the move, saying:

“We have a responsibility to speak up for human rights abroad, for those people who are being subjected to gross human rights violations… And if that means that China sanctions me, I wear it as a badge of honour.”

The current China-Canada tensions are also exacerbated by an ongoing row over the more than two-year effort for the release of Canadian citizens Michael Kovrig and Michael Spavor.

Kovrig and Spavor recently faced closed-door trials for espionage in Chinese courts, with no verdict given.

Canadian officials claim they are victims of Chinese “hostage diplomacy”, while Beijing has demanded the release of Huawei executive Meng Wanzhou, who was arrested in Vancouver on a US arrest warrant in 2018.

China’s consul general to Rio de Janeiro, Li Yang earlier used Twitter to question the independence of Canada’s judiciary and denounced Ottawa’s decision to honour an extradition request for the telecoms executive a “dirty thing”, adding that Canada was the “hostage taker”.

Previous : ‘Not My India’: Outrage as Rape Victim Tied, Forced to Walk With Her Alleged Attacker
Next : UK Education Secretary Weighs in on ‘Rape Culture’ in British Schools